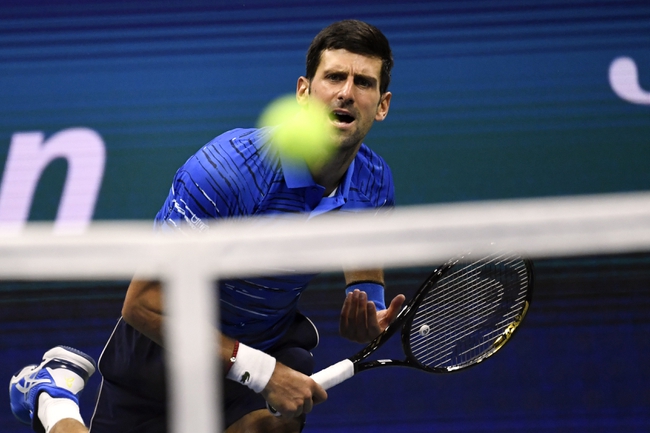 At the 2019 Mubadala World Tennis Championship, Russian tennis superstar, Karen Khachanov lost his semifinal match and will be competing for third place against Novak Djokovic.

Novak Djokovic lost his previous match as he was beaten in 3 sets by Stefanos Tsitsipas. It was a disappointing result for Djokovic as he won the opening set but failed to maintain the momentum required to win a big contest. 2019 was a relatively successful season for Novak Djokovic and it seemed like the Serbian superstar had continued his good form into this event. The lack of intensity in the final 2 sets may have been due to rust and it is likely that Novak Djokovic will be back to his best for this match.

Novak Djokovic and Karen Khachanov have played each other 3 times in the past. As it currently stands, Djokovic has won 2 head-to-head matches while Khachanov has won 1. The most recent match between these two players was earlier in the season at the Davis Cup where Novak Djokovic won in straight sets. Khachanov’s win over Djokovic was in 2018 at the Paris Masters.