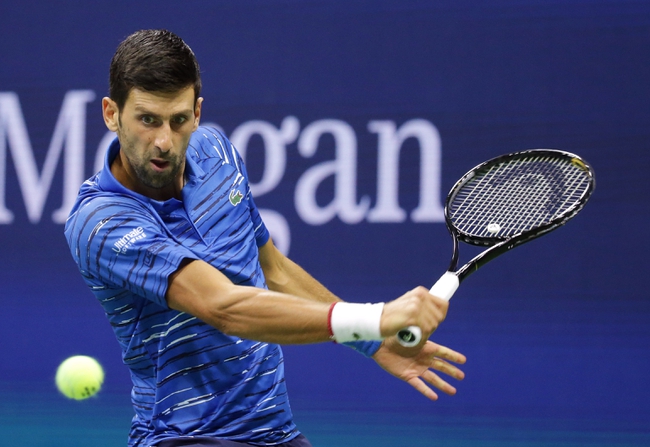 Novak Djokovic will begin the ATP Finals in London as he faces Matteo Berrettini from Italy.

Novak Djokovic enters this tournament following an outstanding Paris Masters campaign where he won the title. Djokovic was dominant throughout the tournament as he defeated the likes of Grigor Dimitrov and Stefanos Tsitsipas. Djokovic won all 10 sets that he played and looked to be playing on another level compared to the rest of the field. Since his injury at the US Open, Djokovic has made an emphatic return as he has won both the Paris Masters and the Japan Open. This is a big tournament for Novak Djokovic as it is his chance to regain top spot on the ATP rankings.

This will be the first time that Matteo Berrettini and Novak Djokovic will be playing each other at an ATP event.

Matteo Berrettini has had an outstanding season as he has managed to establish himself as an elite player on the ATP tour. That being said, I see Novak Djokovic winning this match. Djokovic has been playing on a different level since returning from injury and the Serbian looks determined to regain his spot on the ATP rankings. Considering his current form, I am predicting that Novak Djokovic wins this match in straight sets.