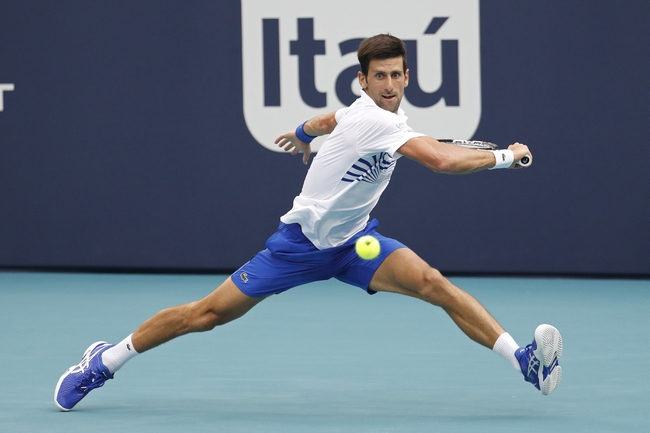 Novak Djokovic has made it into the quarterfinals of the 2020 Australian Open in Melbourne. At this stage of the tournament, Novak Djokovic is set to play against Milos Raonic from Canada.

Milos Raonic has been very impressive throughout this tournament as he has been hitting his serve and has been using his power very effectively. In the previous round, Milos Raonic defeated Marin Cilic in straight sets. It was a comfortable win for Raonic as he won all of his service games and 3 return games. The serving was especially strong from Raonic as he hit 35 aces which helped him win 73% of his service points. Raonic has already eliminated Stefanos Tsitsipas but the Canadian must produce his best tennis if he wishes to challenge Djokovic.

Looking at all the information, I am going to pick Novak Djokovic to win this match. Djokovic has been playing on another level when compared to the rest of the field and I see him having the ability to neutralize Milos Raonic’s power. I see Raonic winning a set but I don’t see him having enough to stop Djokovic.