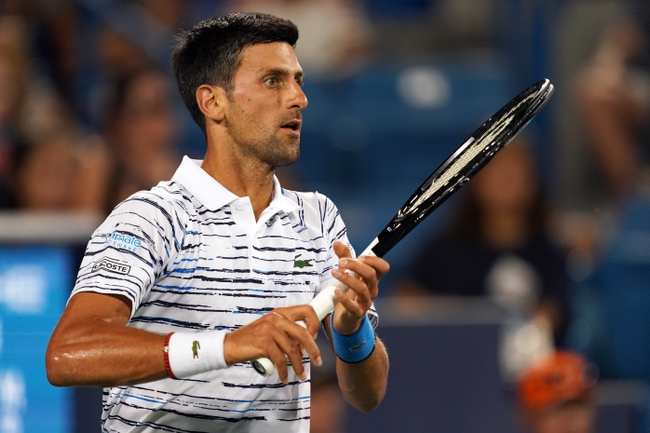 Novak Djokovic and Roberto Carballes Baena meet in the first round of the 2019 tennis US Open.

Novak Djokovic is coming off a semifinal loss in Cincinnati, but he’s won 10 of his last 11 matches overall. Djokovic struggled with his return in his last match and couldn’t find a rhythm, but maybe the rest will be a good thing for the top ranked player in the world. We see often in grand slam play where guys have a lot of matches under their belt entering the tournament and they get burned out. Djokovic will have over a week of rest in his favor and should be considered the favorite on the men’s side to win this years US Open. Djokovic has never lost in the first round of the US Open. Djokovic hasn’t lost in the first round of a grand slam since the 2006 Australian Open. Djokovic has won five of his last seven matches on hard court.

First round matches for Djokovic are usually very predictable, as he often gets players who lack main tour success and grand slam experience. While 26 years old, Carballes Baena falls into that boat, and he’s not very good on hard court overall. These are the type of opponents Djokovic usually rolls over in grand slam play, especially knowing he doesn’t want to play any unnecessary sets if he hopes to win the title.