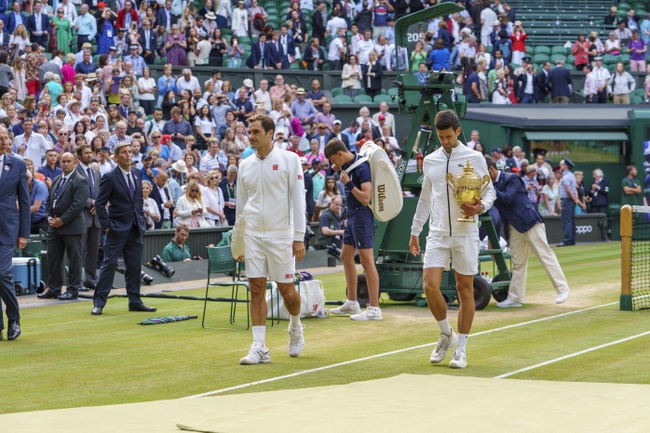 In the 2019 ATP Finals in London, Novak Djokovic is set to play against Roger Federer. Both Djokovic and Federer enter this match with a record of 1-1 meaning only the winner can qualify for the semifinals.

Novak Djokovic was defeated in his previous match as he lost in 3 sets to Dominic Thiem. It was an extremely close match where Djokovic won the opening set but lost the final 2 sets to concede the result. The final set was decided by a tiebreaker. Despite that loss, Novak Djokovic will feel that he is in good form as he comfortably won his opening match and recently won the Paris Masters and the Japan Open.

On the other side of the coin, Roger Federer won his previous match as he defeated Matteo Berrettini in straight sets. It was a comfortable win for Federer as he won all of his service games and 2 return games to secure the result. The serving was especially impressive from Roger Federer as he hit 9 aces which helped him win 75% of his service points. Roger Federer has an outstanding record at this event and is in good form having recently won the Swiss Indoors. That being said, Federer must play his best tennis during this match since Djokovic has been at the top of his game.

This should be a very close match since Federer and Djokovic are both elite players. That being said, I see Novak Djokovic winning this match. Djokovic is the stronger player at this moment in time and I see him having too much quality for Roger Federer.