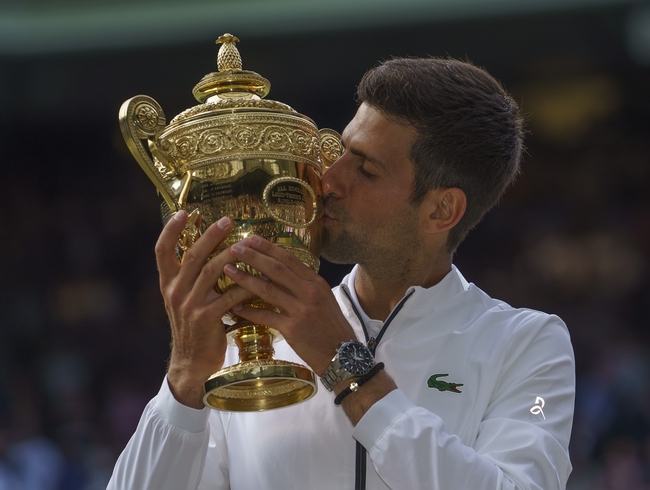 Novak Djokovic and Sam Querrey meet in the second round of the 2019 tennis Cincinnati Open.

Novak Djokovic will play his first match since winning the Wimbledon, so it’s going to be interesting to see how he looks with a month of rest. Djokovic played some of his best tennis of the year in the UK and ended with a final performance where he won 74 percent of his first serve points and hit 54 winners. Djokovic now enters Cincinnati where he’s made the final in six of his last nine appearances, so he’s easily one of the favorites to win yet another title. Djokovic hasn’t lost an opening match since Barcelona last year. Djokovic has won six of his last eight matches on hard court.

These two have played 10 times and Djokovic has won eight of those meetings. However, Querrey won the most recent match in 2016 Wimbledon. Six of the 10 matches were decided in straight sets.

Querrey has a chance to push Djokovic and even steal this match if he’s going to repeat his sieving effort and get so many free points. The problem is Djokovic is almost unbeatable when he gets into these grooves where he’s got everything working and the wins come way too easy. Rust also shouldn’t be an issue after Djokovic got a doubles match out the way on Monday.

Give me Djokovic in straight sets.