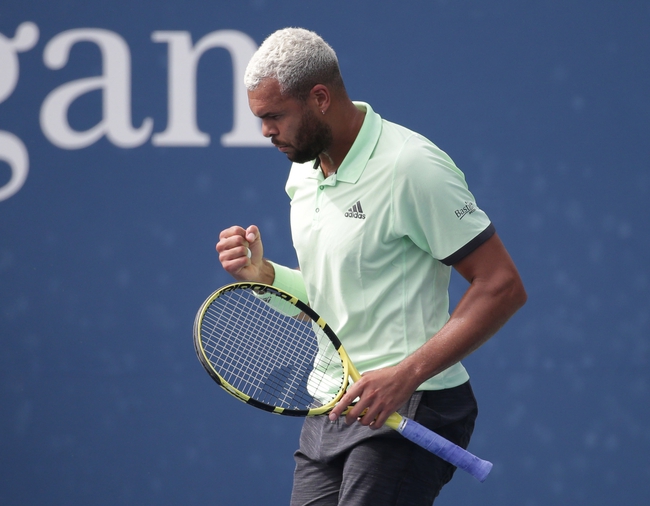 Pablo Andujar-Alba and Jo-Wilfried Tsonga meet in the first round of the 2019 tennis Moselle Open.

Jo-Wilfried Tsonga has lost each of his last three matches on the main tour, but he’s fresh off winning a challenger title in Cassis in 10 straight sets, so you can make a case he’e back in good form. In his loss in the US Open, Tsonga won 71 percent of his total service points while piling up 58 unforced errors and 65 winners. The serve has been there the moment Tsonga returned from his injury, but it’s now about cleaning up the silly mistakes and being able to finish rallies quicker. Tsonga can’t afford the lengthy exchanges if he’s going to have success on the main tour. Tsonga has lost his opening match three times since Rome. Tsonga has won seven of his last 10 matches on hard court.

These two have played twice and Tsonga won both matches in straight sets. The most recent meeting was in the 2015 French Open.

When Tsonga has his game going for him and isn’t hitting the ball into the net over and over, he’s capable of being a dark horse in any tournament. He’s had issues on the main tour as of late, but just playing five matches last week and dominating his way through in straight sets could be enough to get him back on track. It wasn’t against the best of competition, but it’s just about putting together consistent points and finding the game again.

If Tsonga is feeling better, he wins this match.