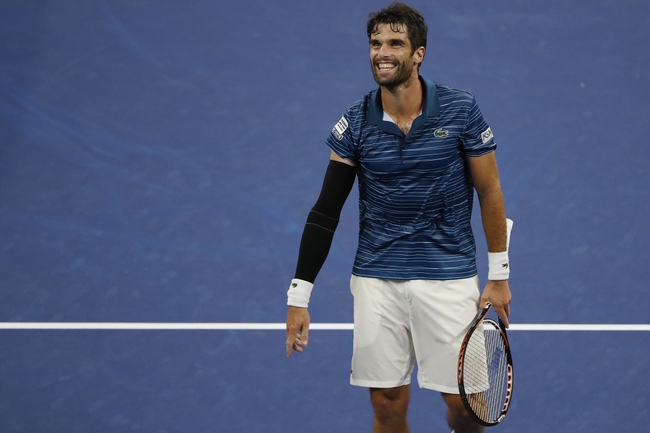 Pablo Andujar caused a great upset when he beat fellow Spaniard, Fernando Verdasco in straight sets in his first-round match. Andujar just seemed to have Verdasco's number and he did not let go of his lead once he had it. Andujar seemed motivated as I have not seen him to be in a long time. Andujar loves playing on clay as he is able to move around more freely and he is able to play shots which bounce better on a clay court. Will Andujar go far here in Rio de Janeiro or will his momentum die down?

Pedro Martinez also came through in what could be considered an upset. Martinez beat Hugo Dellien in a tough match which was very pull and tug. Martinez was a break down in the final set, only to come back and win it 7-5. Martinez is continuously getting better and he just needs to be able to find consistency in his game. Martinez was lucky that Dellien's serve was not on point yesterday, because if it was, he would not be in this position. Martinez will want to make the most of this opportunity to gain more experience of what it is like to play on the ATP Tour.

This will be the first meeting between both players, and unfortunately for Martinez, Andujar will come out and dominate. Martinez only came through due to a very lucky comeback against Dellien, and Andujar showed us some of his best tennis in a while in that first-round domination against Fernando Verdasco. Expect Andujar to do the same here.