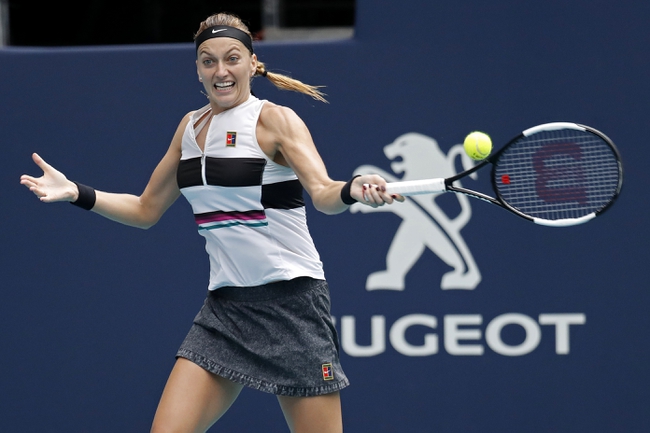 At the 2020 Australian Open in Melbourne, Petra Kvitova will play against Paula Badosa from Spain.

Paula Badosa was outstanding during the opening round of the tournament. Paula Badosa won her match in straight sets while dropping only 1 game. Paula Badosa won all of her service games and 5 return games. The receiving was especially strong from Badosa as she won 60% of her return points. This is the second season where Paula Badosa is playing at the Australian Open and she is yet to make it past the second round at this tournament.

Looking at her opponent, Petra Kvitova has an outstanding record in Australia and that was evident last season when she made the final of the Australian Open. Petra Kvitova had an easy win in the opening round as she defeated Katerina Siniakova in straight sets. Kvitova only lost 1 game in the match and dominated the contest. The receiving was exceptionally strong from Petra Kvitova as she won 62% of her receiving points which allowed her to break her opponent's serve on 6 occasions. Kvitova also managed to win all of her service games. Petra Kvitova has looked in outstanding form throughout the 2020 season and she is a good chance of winning this tournament.

This will be the first time that Petra Kvitova and Paula Badosa will be playing each other at a WTA event.

Paula Badosa had an exceptional start to the tournament but I don’t see her having the ability to continue such dominance. Badosa is playing against an elite player in Petra Kvitova and she lacks the experience and skills required to win such a contest. Petra Kvitova has been in elite form over the past few weeks and I see her being good enough to win this match in straight sets.