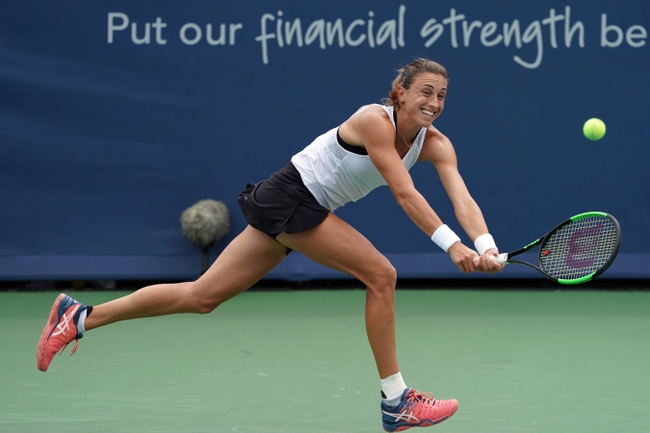 As far as her opponent is concerned, Petra Martic enters this tournament following an outstanding performance at the Zhengzhou Open where she finished second. Martic was defeated by Karolina Pliskova in the final but she will still be satisfied as she had a strong tournament. During the Zhengzhou Open, Petra Martic defeated elite players like Sabalenka. It has been a strong few months for Petra Martic as she made the fourth round of both the US Open and Wimbledon. Furthermore, Martic made the quarterfinals of the French Open and the semifinal of the Birmingham Classic. Petra Martic has established herself as an elite player and she will enter this tournament with hopes of winning this title.

This will be the first time that Yulia Putintseva and Petra Martic will be playing each other at a WTA event.

Yulia Putintseva is a very exciting player and she has produced some big upsets in 2019. That being said, I see Petra Martic winning this match. Martic has been in outstanding touch and she has shown great consistency over the past few months. Petra Martic seems to be playing with great confidence and I see her being strong enough to win this match with some ease.