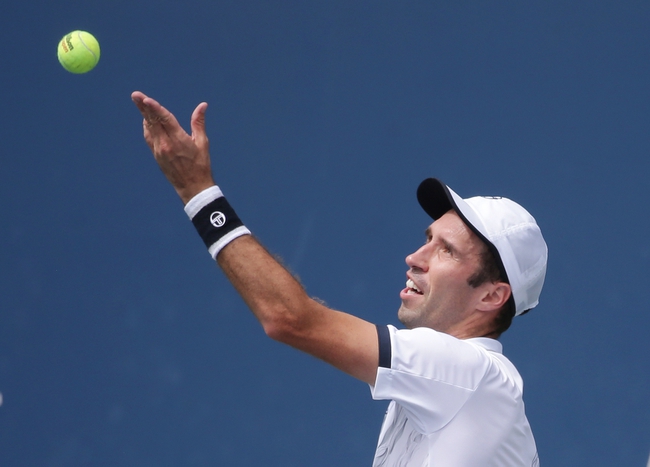 French doubles expert, Pierre-Hughes Herbert, begins his 2020 Singles campaign against Mikhail Kukushkin in the first-round of the 2020 Marseille Open.

Pierre Hughes-Herbert is a particular player. He is amazing at doubles, especially with his French compatriot Nicolas Mahut, however in recent years, he has also tried to make a name for himself in the singles scene. Pierre-Hughes Herbert is good at Singles, however, he sometimes struggles to find consistency as he is not as used to playing alone on the court. Pierre-Hughes Herbert will have the crowd behind him here in Marseille and it will be interesting to see whether his 2020 season will consist of a lot of Singles tournaments, or whether he will mostly focus on his doubles game where he shines a lot.

Mikhail Kukushkin, the veteran tennis player, is always a challenge for any player. Kukushkin is highly consistent, and in indoor hard-courts he is very solid. Kukushkin has a lot of experience, and for what I saw from him in Rotterdam, I believe he will be very good in these smaller tournaments throughout 2020. Kukushkin will want to make it far in Marseille and he has the game to do so. How will he fare against a French favourite?

This will be the second meeting between both players, with Kukushkin having won their prior encounter. I believe that Kukushkin will win this one as well as he is not intimidated by a home favourite as he previously beat Pierre-Hughes in Paris last year. Kukushkin is the more consistent player and he has more experience in the Singles game. Pierre-Hughes Herbert is a great doubles player, but his Singles game is just not as good as it should be if he wants to challenge in tournaments.