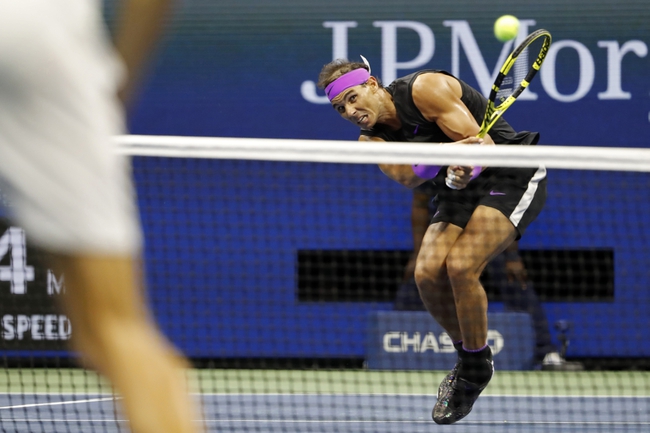 Spanish tennis superstar Rafael Nadal is set to continue his 2019 ATP Finals campaign on Tuesday. At this stage of the tournament, Rafael Nadal will play against Daniil Medvedev from Russia. Both Medvedev and Nadal lost their opening fixtures meaning that both players must win this match to keep their tournament alive.

Rafael Nadal was beaten by Alexander Zverev in the opening round. It was a comfortable loss for Nadal as he lost all of his return games and 3 of his service games. It was not a bad performance by Rafael Nadal but the Spaniard looked slow and questions can be asked about his fitness. That being said, Nadal is expected to continue with the tournament and that means he must produce a much stronger performance in this match.

On the other side of the coin, Daniil Medvedev was also beaten in straight sets as he lost to Stefanos Tsitsipas. This was a tight defeat with Medvedev losing vital points to concede to match. The serving was strong from Daniil Medvedev as he only lost 1 service game in the entire match. The receiving was the decisive factor as Medvedev failed to win a single service game in the entire match. That being said, Medvedev still played well and he will be hoping to bounce back strongly.

Rafael Nadal and Daniil Medvedev have played each other twice in the past with Nadal winning on both occasions. The most recent match between these two players was in the final of the US Open where Rafael Nadal won in 5 sets.

In recent years, Nadal seems to always get injured near the closure of the season and it seems like age is taking an impact of his fitness. This is expected to be another tough contest and I don’t see Nadal being fit enough to compete with Daniil Medvedev. Medvedev has been playing outstanding tennis and I see him being too good in this match.