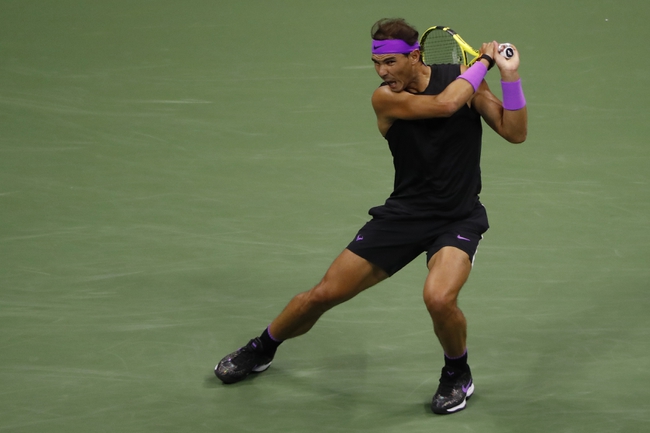 The top seed at the Australian Open, Rafael Nadal has made into the fourth round of the 2020 Australian Open in Melbourne. Nadal will now face Nick Kyrgios for a place in the quarterfinals.

Nick Kyrgios won a marathon match in the previous round where he defeated Karen Khachanov in 5 sets. It was an extremely close match with 4 sets being decided by tiebreakers. During the win, Nick Kyrgios served exceptionally well as he hit 33 aces which helped him win 72% of his service points and 96% of his service games. Playing on home soil, Nick Kyrgios seems extremely determined as he is boosted by the support of the crowd. That being said, Kyrgios must produce his best tennis in this match as he is playing against an extremely strong player.

On the other side of the coin, Rafael Nadal had a simple win in the previous round where he defeated his opponent in straight sets. It was a comfortable win for Nadal where he only lost 7 games in the entire match. During the win, Rafael Nadal won all of his service games and 5 return games. The serving was especially strong from Rafa as he hit 9 aces which helped him win 84% of his service points. Nadal has been in outstanding touch in 2020 as he has only lost once this season. Considering his incredible experience and his recent form, Rafael Nadal will be very tough to stop.

Rafael Nadal and Nick Kyrgios have played each other 7 times in the past. Nadal has won on 4 occasions while Krygios has won 3 times. The most recent match between these two players in 2019 at Wimbledon where Rafael Nadal won in 4 sets.

Looking at this fixture, I am going to pick Nadal to win this match. Nick Krygios has looked in good form and he has a good record against Nadal but I don’t see the Australian recovering fast enough following such a long match against Khachanov. Rafael Nadal will be fresh as he won with ease and I see him using this advantage to secure the win over Nick Krygios.