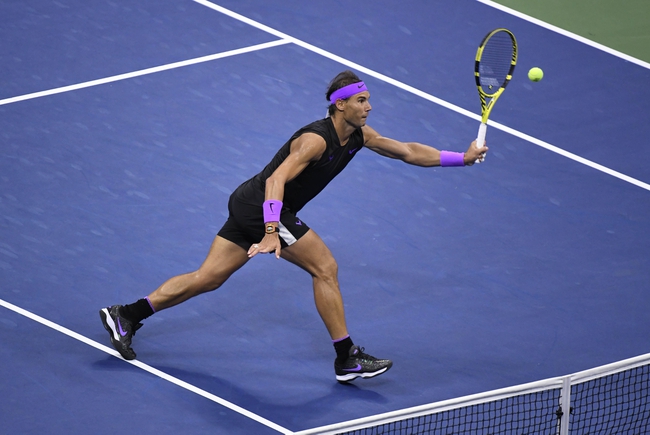 Rafael Nadal will face Stefanos Tsitsipas in the 2019 ATP Finals in London.

On the other side of the coin, Rafael Nadal enters this match with a tournament record of 1-1. Nadal was defeated by Alexander Zverev in the opening round but managed to win his previous match as he defeated Daniil Medvedev in 3 sets. It was an extremely close match where Nadal lost the opening set but fought back to win the final 2 sets and the match. The final set was decided via a tiebreaker. During the victory, Rafael Nadal won 88% of his service games and 4 return games. The win against Medvedev showed that Rafa has enough fitness to compete and I see him being very dangerous moving forward.

Rafael Nadal and Stefanos Tsitsipas have played each other 5 times in the past. Nadal has won on 4 occasions while Tsitsipas has won only once. The most recent match between these two players was earlier in the season at the Italian Open where Rafael Nadal won in straight sets.

Taking everything into consideration, I am going to pick Rafael Nadal to win this match. Nadal is the stronger player and he looks to be playing his best tennis following his win over Medvedev. I see Rafa winning in straight sets.