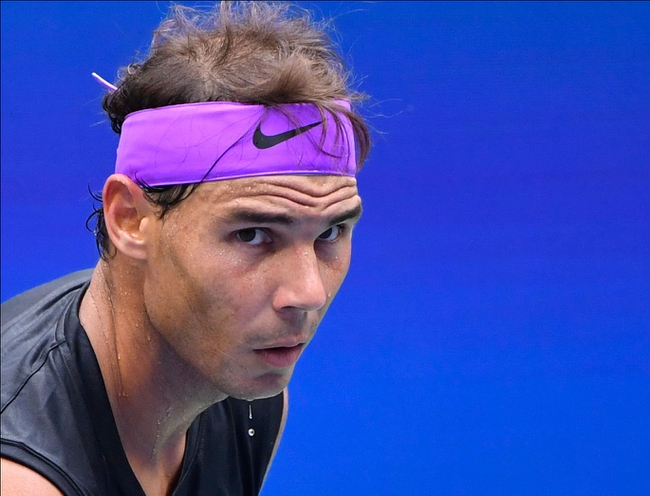 The final of the 2019 Mubadala Tennis Championship will be played between Rafael Nadal and Stefanos Tsitsipas from Greece.

Stefanos Tsitsipas played well in the previous round as he defeated Novak Djokovic in 3 sets. It was a determined performance by Stefanos Tsitsipas as the Greek superstar lost the opening set but was strong enough to fight back to win the final 2 sets and the match. Stefanos Tsitsipas had an outstanding 2019 season and he seems to be showing that form at this tournament. Tsitsipas regularly defeated the likes of Djokovic and Federer and that was evident during his second-round win. This is expected to be a tough match but Stefanos Tsitsipas will be confident in his ability to win.

On the other side of the coin, Rafael Nadal won his match with ease as he defeated Karen Khachanov in straight sets. 2019 was a difficult season for Nadal as he struggled with injury but the Spaniard consistently showed his class and that was evident as he won the US Open and the French Open. Rafael Nadal looked extremely strong during the match against Khachanov and I see the Spaniard being extremely tough to beat in this match.
Rafael Nadal and Stefanos Tsitsipas have played each other 6 times in the past. Nadal has won on 5 occasions while Tsitsipas has won only once. The most recent match between these two players was earlier in the season at the ATP Finals where Rafael Nadal won in 3 sets. The only time that Tsitsipas won against Nadal was this season at the Madrid Masters.

Taking everything into consideration, I am going to pick Rafael Nadal to win this match. Tsitsipas has been playing well but he seems to struggle against Nadal and that is evident by the head-to-head statistics. Nadal looks in good touch and I see him being good enough to win the match and the title.