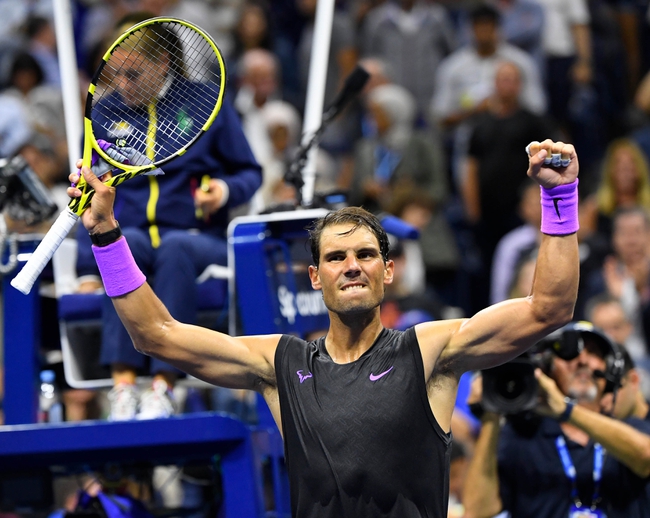 Rafael Nadal and Thanasi Kokkinakis meet in the second round of the 2019 tennis US Open.

Rafael Nadal is coming off a straight sets win over John Millman that took 25 games to decide. In the victory, Nadal won 80 percent of his first serve points and 58 percent of his second serve points. Nadal won 70 percent of his total service points and converted on five of his 15 break points. Nadal got 57 percent of his first serves in play, saved all three break points and hit six aces. You’d like to see that first serve percentage improve just a tad, but it was an overall solid showing from the Spaniard. Nadal hasn’t been bounced before the third round of a grand slam since the 2016 Australian Open. Nadal hasn’t been bounced before the third round of the US Open since 2004. Nadal has won 10 of his last 11 matches on hard court.

These two played once, which was in the 2014 Australian Open, a match Nadal won in straight sets. The match was decided in 26 games.

Kokkinakis has a win over Milos Raonic and Roger Federer, so he’s certainly no pushover and is capable of making this match competitive if he cleans up the double faults and silly errors. With that said, those hiccups and the lack of big match experience will be Kokkinakis’ downfall. Nadal is a machine in grand slam play and tightens his grip with every mistake his opponent makes.