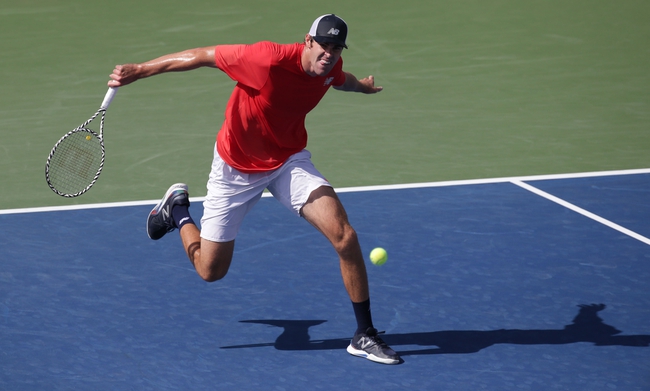 Reilly Opelka is a very interesting player. Opelka is the new version of John Isner, but with even more potential! Opelka is taller, stronger, faster and an extremely better mover around the court than Isner. Opelka has a lot ahead of him, but if he can improve some aspects of his game such as his movement, he can become an unstoppable force in the game of tennis. Opelka's serve is his biggest weapon, it is seemingly unbreakable as he is so tall that he can place it anywhere he wants with so much power behind it. Opelka will look to challenge for titles this year and make a bigger name for himself on the ATP Tour.

Ernests Gulbis is a very experienced player on tour, however, his experience does not help him to play better. Gulbis struggles a lot with his serve and the consistency in his game. This has made Gulbis fall down the rankings and he is so far down that he had to come here by winning in qualifying. Fortunately for Gulbis, he met Bernard Tomic in his last qualifying match and this was probably the easiest victory he has had in a while. Gulbis will want to improve his game, but unfortunately I believe it is too late for him to challenge on the ATP Tour anymore.

This will be the first meeting between both players and unfortunately for Gulbis this will be Opelka's match. Opelka will put on a serving display as he always does and not allow Gulbis to even get a chance to challenge him. Expect this match to be over quickly.