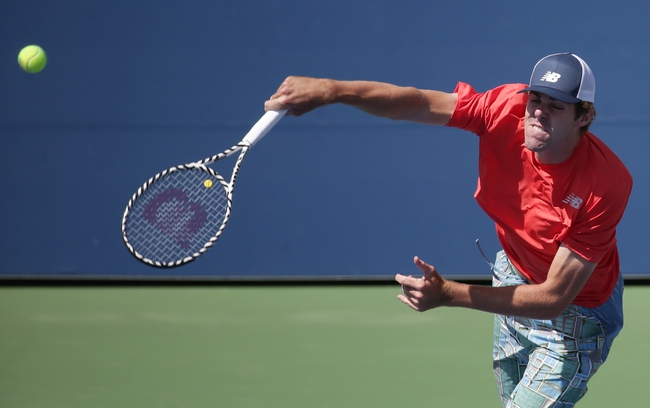 Reilly Opelka meets Jason Jung in the quarterfinals of the 2020 New York Open.

Reilly Opelka won easily against Yoshihito Nishioka beating him in straight sets to reach the quarterfinals. Opelka is a better version of Isner in my opinion. Opelka is taller, faster, better serve, and can actually move round the court. Opelka is a strong player, both physically and mentally. The American is a real contender for the title here in New York.

Jason Jung has been putting on the performances of his career just to reach the quarterfinals here in New York. Jung has already beaten Kevin Anderson and Cameron Norrie in matches where no one considered him the favourite. Jung needs to work more on his game in order for him to show this level of tennis on a more consistent basis.

This will be the first meeting between both players and this only goes one way in my opinion. Reilly Opelka is just too strong for Jung. Jung has already used a lot of energy to win both of his matches and he will be content with how far he has gotten. Opelka is playing in his home country, and will want to put on a show and contend for the title.