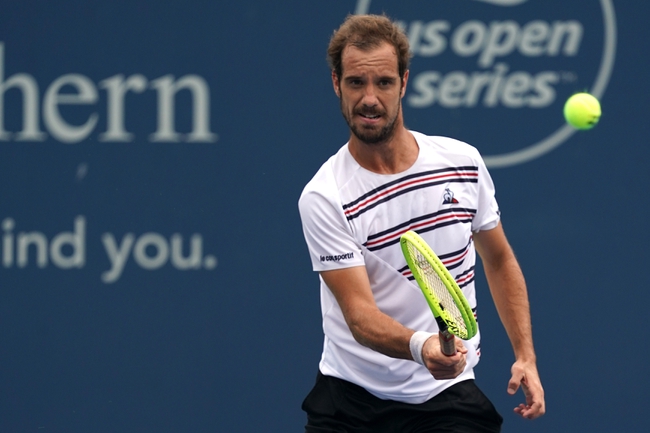 Richard Gasquet and David Goffin meet in the semifinals of the 2019 tennis Cincinnati Open.

Richard Gasquet is coming off a three sets win over Roberto Bautista-Agut that took 30 games to decide. In the victory, Gasquet won 73 percent of his first serve points and 61 percent of his second serve points. Gasquet won 68 percent of his total service points and converted on two of his four break points. Gasquet got 54 percent of his first serves in play, saved five of his seven break points and hit eight aces. I’m not sure where this recent play has come from, as Gasquet has struggled much of the last two years, but he outplayed a top-15 player and is in the semifinal. Gasquet looks to make his first final appearance since last years Swedish Open and the 32nd final of his career. Gasquet has won six of his last seven matches on hard court.

David Goffin is coming off a walkover win over Yoshihito Nishioka. Goffin has won six of the seven sets this tournament and has a serious rest advantage here not having to play a quarterfinal match. The last time we saw Goffin, he won 71 percent of his total service points and hit four aces. Five of Goffin’s last eight victories have been decided in straight sets. Goffin looks to make his second final appearance of the year and the 13th final of his career. Goffin has never made a final appearance in a Masters 1000. Goffin has won four of his last six matches on hard court.

These two have split the previous two meetings, as Gasquet won 2018 Montpellier in three sets and Goffin won 2017 Tokyo in straight sets.

This isn’t the semifinal match many predicted before the tournament, but here we are. You can make a case for either of these guys and a case against given the up and down play. With that said, I give a slight lean toward Goffin because of the rest advantage. Gasquet hasn’t made many deep tournament runs lately and he’s probably feeling it after a three set match. Goffin has fresh legs and should have a lot of pep in that serve.