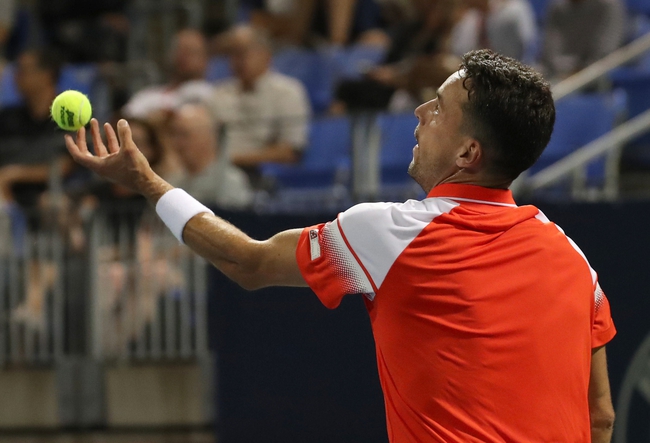 Richard Gasquet and Roberto Bautista-Agut meet in the quarterfinals of the 2019 tennis Cincinnati Open.

Richard Gasquet is coming off a straight sets win over Diego Schwartzman that took 22 games to decide. In the victory, Gasquet won 75 percent of his first serve points and 58 percent of his second serve points. Gasquet won 67 percent of his total service points and converted on two of his four break points. Gasquet got 55 percent of his first serves in play, saved one of his two break points and hit 11 aces. Gasquet has won all six sets this tournament and it’s the second time in his last five matches where he has double-digit aces. Gasquet hopes to win four straight matches for the first time since winning the Rosmalen Grass Court Championships las year. Gasquet looks to make his first Masters 1000 semifinal appearance since 2013 Miami. Gasquet has won five of his last six matches on hard court.

Gasquet is playing well out of nowhere, as it’s often looked like he’s a shell of himself and somebody who isn’t getting better with age. Give him credit for stringing some wins together and finding recent power with his serve. With that said, Bautista-Agut is playing better and cleaner tennis overall, and he’s beaten Gasquet twice already this year in straight sets. Current form and history is on the side of the Spaniard here.

Bautista-Agut makes a Masters 1000 semifinal for the first time in three years.