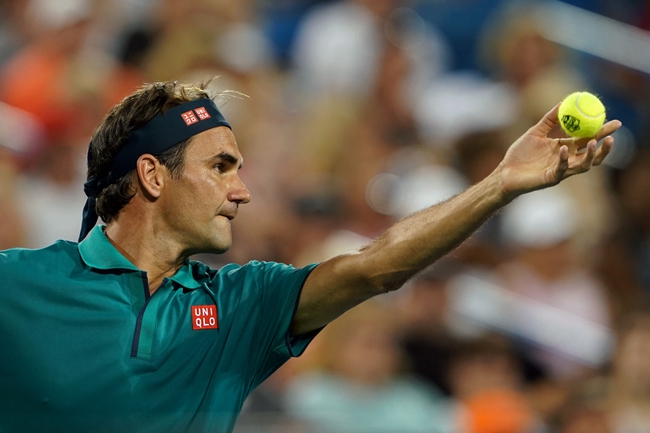 Roger Federer and Andrey Rublev meet in the third round of the 2019 tennis Cincinnati Open.

Roger Federer is coming off a straight sets win over Juan Londero that took 19 games to decide. In the victory, Federer won 77 percent of his first serve points and 83 percent of his second serve points. Federer won 79 percent of his total service points and converted on two of his four break points. Federer got 66 percent of his first serves in play, saved his only break point and hit nine aces. If Federer is going to serve like that moving forward, he has a realistic chance of winning this title. Federer looks to win at least two matches for the 19th straight tournament. Federer hopes to make his ninth straight quarterfinal appearance in Cincinnati. Federer has won 12 of his last 13 matches on hard court.

Rublev is playing some solid tennis as of late and just cruised by a very good player who thrives on hard court. If Rublev can get the free points with his serve that he got in his first match, he has a chance to push this match into interesting territory. As for who wins, Federer was a serving machine in his opener and has enjoyed an extra day of rest. Federer also has made the quarters of Cincinnati in each of his last eight appearances.