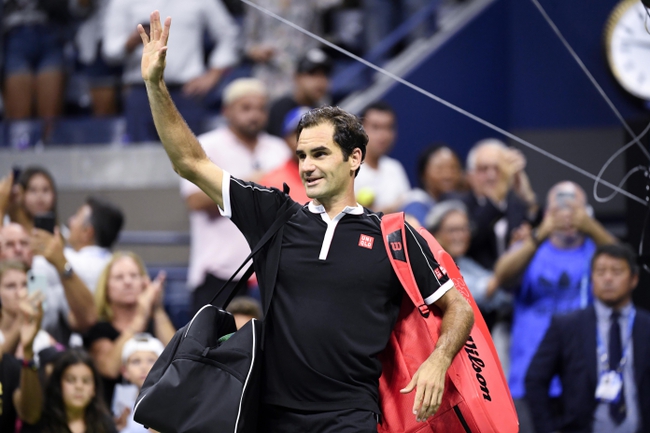 Roger Federer has made it into the third round of the 2019 ATP Shanghai Masters in China. At this stage of the tournament, Roger Federer is set to play against David Goffin from Belgium.

Roger Federer had a strong start to the tournament as he won his opening match in straight sets. It was a comfortable match for the Swiss superstar as he won all of his service games and 2 return games. It was a tough North American season for Federer but the Swiss superstar found his form at the Laver Cup where he helped Team Europe win the title. The Shanghai Masters is a strong tournament for Roger Federer as he has won the title twice in the past. Considering the stature of the player and his record at Shanghai, Federer is expected to be very tough to stop.

On the other side of the coin, David Goffin enters this match having won his previous outing with some ease. It was a comfortable win for Goffin as the Belgian player won 100% of his service games and 4 return games. Goffin has been in strong form as he recently made the semifinals of the Japan Open. Despite that result, David Goffin will be aware that he is the underdog and that he must perform extremely strongly as he is playing against one of the greatest players in tennis.

Roger Federer and David Goffin have played each other 10 times in the past. Federer has won on 9 occasions while Goffin has won once. The most recent match between these two players was earlier in the season at the US Open where Federer won in straight sets.

As far as this match is concerned, I am going to pick Roger Federer to win this match. David Goffin has been playing well but he has not been operating on the same level as Federer. I expect Goffin to cause Federer some problems but the Swiss master should end up winning the match.