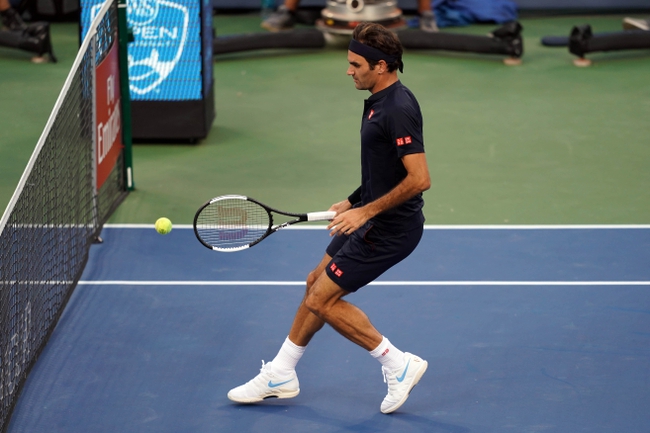 Roger Federer and David Goffin meet in the fourth round of the 2019 tennis US Open.

Roger Federer is coming off a straight sets win over Daniel Evans that took 23 games to decide. In the victory, Federer won 80 percent of his first serve points and 70 percent of his second serve points. Federer won 77 percent of his total service points and converted on seven of his 14 break points. Federer got 67 percent of his first serves in play, saved one of two break points and hit 10 aces. After shaky showings in his first two matches, Federer put together a near flawless performance and was able to complete the victory in under an hour and a half. Federer hopes to make a grand slam quarterfinal for the 13th time in his last 15 tries. Federer has lost in the fourth round of a grand slam four times since 2013, which includes last years US Open. Federer has won four of his last five matches on hard court.

David Goffin is coming off a straight sets win over Pablo Carreno-Busta that took 38 games to decide. In the victory, Goffin won 77 percent of his first serve points and 62 percent of his second serve points. Goffin won 71 percent of his total service points and converted on two of his 10 break points. Goffin got 58 percent of her first serves in play, saved seven of eight break points and hit 17 aces. Goffin has a combined 25 aces in his last six sets, something that gives him a fighting chance in this match if that continues. Goffin looks to make his fourth career grand slam quarterfinal and first ever at the US Open. Goffin has 15 career wins over top-10 players, with four of those wins coming since 2018. Goffin has won eight of his last nine matches on hard court.

These two have played nine times and Federer has won eight of those matches, including the most recent this year in Halle. Goffin’s only win over Federer came in the 2017 London playoffs. Five of the completed matches were decided in straight sets and Federer is 5-1 against Goffin on hard court.

Goffin has really com out of nowhere these last two months and is playing some highly impressive tennis on hard court. The problem is beating Federer is a completely different animal, and he’s clearly had trouble in the past. Goffin has the ability to steal a set and make this match competitive and quite lengthy, but Federer should prevail as long as he serves the way he did in his last match.