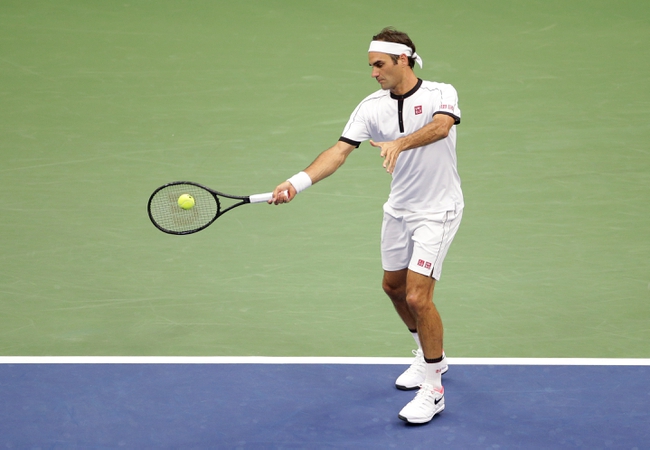 In the semifinals of the 2019 ATP Finals, Roger Federer is set to play against Stefanos Tsitsipas from Greece.

Roger Federer had a slow start to the tournament as he lost his opening match to Dominic Thiem. That being said, Federer has bounced back strongly as he won his final 2 matches including a win over Novak Djokovic in his previous fixture. The win over Djokovic was impressive since Federer won in straight sets. During the victory, Roger Federer won all of his service games and 3 return games. The serving was especially impressive since Federer hit 12 aces which helped him win 78% of his service points. It has been a strong few months for Roger Federer as he recently won the Swiss Indoors. Federer has won the ATP Finals on 6 occasions and he will be confident he can win for the 7th time.

On the other side of the coin, Stefanos Tsitsipas has also played well, although he was beaten Rafael Nadal in his previous outing. Tsitsipas lost in 3 sets having won the opening set 7-6. The receiving was the biggest issue for Stefanos Tsitsipas as he won 0 return games in the entire match. Despite that result, Tsitsipas still managed to qualify as he had beaten Daniil Medvedev and Alexander Zverev in the opening rounds. Tsitispas lacks experience at the big stage and it will be interesting to see if he can hold his nerve against Roger Federer.

Roger Federer and Stefanos Tsitsipas have played each other 3 times in the past. Tsitsipas has won once while Federer has won on 2 occasions. The most recent match between these two players was a few weeks back at the Swiss Indoors where Roger Federer won in straight sets.

Taking everything into consideration, I am going to pick Roger Federer to win this match. Federer has been outstanding in his previous 2 matches and I see him having a huge advantage since he has won this tournament in the past. I am expecting a close contest that Federer wins in 3 sets.