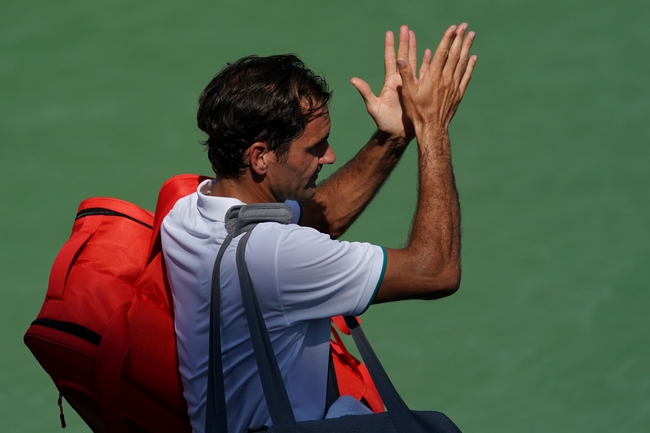 Roger Federer and Sumit Nagal meet in the first round of the 2019 tennis US Open.

Roger Federer is coming off a second match exit in Cincinnati and has lost two of his last three matches overall. However, Federer is well rested for this tournament with just four sets played since the Wimbledon final, and he’s done some of his best work recently when managing his schedule. Federer has won 87 percent of his matches at the US Open, tying him with the Australian Open as his second-best grand slam behind only the Wimbledon. Federer has to enter this week as a top-three favorite to win the title and he could be a worthy future bet if he comes out serving well. Federer hasn’t lost in the first round of a grand slam since the 2003 French Open. Federer has won seven of his last eight matches on hard court.

Sumit Nagal will make his first ever grand slam appearance after winning three matches to qualify, which includes winning six of seven sets. Nagal is a 22-year-old from India who won the 2015 Junior Wimbledon doubles and recently took Richard Gasquet to two competitive sets in Hamburg. Nagal has also had a ton of success this year in challenger play, showing signs that he could eventually be a more consistent face on the main tour. However, Nagal lacks big match experience and certainly hasn’t faced this level of competition at any point in his career. This is a valuable learning experience for the young Nagal. Nagal has won four of his last five matches on hard court.

Players who have nothing to lose are often dangerous and can provide a challenge. Unfortunately, playing with house money is about all Nagal has going for him against Federer, a player who usually eats lunch against guys who lack the experience of the big stage. Grand slams are a different animal, and the top tier players usually make light work against players still trying to find their way on tour.

Federer in straight sets is the only option here.