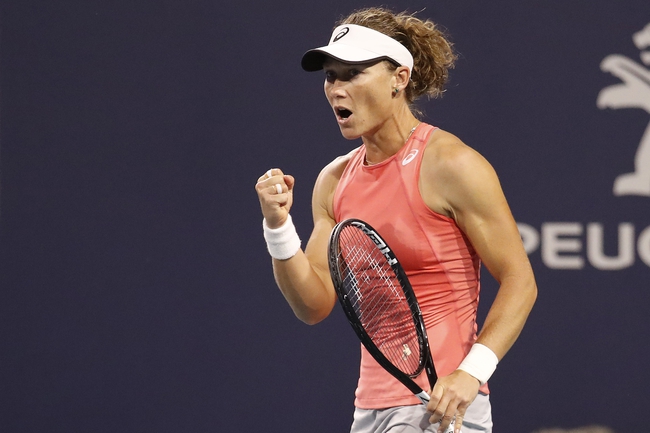 Serbian tennis player Nina Stojanovic has made it into the quarterfinals of the 2019 WTA Guangzhou Open in China. At this stage of the tournament, Nina Stojanovic will play against Samantha Stosur from Australia.

Samantha Stosur was very impressive in the previous match as she defeated her opponent in 3 sets. It was a very close match but Stosur managed to show her class in the final set which she won via a tiebreaker. During the win, Samantha Stosur impressed with her receiving as she won X% of her return points which allowed her to break her opponent’s serve on Y occasions. Stosur is a very experienced player and has won major tournaments but she is past her peak and this is expected to be a challenging match against a young talent.

Looking at Nina Stojanovic, the Serbian won her previous match in 3 sets. The first two sets were close but Stojanovic showed her skill to win the final set 6-0. The receiving was especially strong from Nina Stojanovic during the win as she won around 50% of her receiving points which resulted in her winning 6 return games. It has been a very strong few weeks for Nina Stojanovic as she made the semifinal of the Jiangxi Open last week. Considering her recent form, Stojanovic will be tough to beat in this tournament.

Nina Stojanovic and Samantha Stosur played each other last week at the Jiangxi Open. It was a one-sided match at Nina Stojanovic won in straight sets.

Samantha Stosur is a very accomplished player but I see her lacking the speed and consistency that made her successful at her peak. Nina Stojanovic is playing significantly better tennis and I see her having more athleticism and power. Furthermore, Nina Stojanovic will have the momentum having beaten Stosur last week. With all that in mind, I see Nina Stojanovic winning this match and securing a spot in the semifinals.


See Who The Experts Picked To Win This One