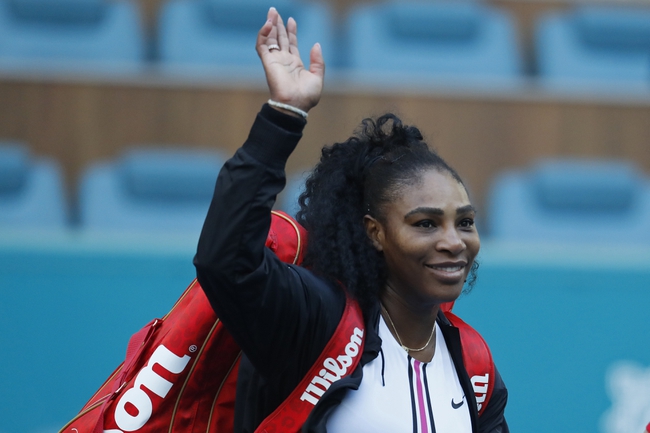 Serena Williams and Elise Mertens meet in the second round of the 2019 tennis Rogers Cup.

Serena Williams is coming off her loss in the Wimbledon final where she won 55 percent of her total service points and had 26 unforced errors. It was a completely different player than the one who entered that match, and you have to question where Serena is at mentally with a chance at her 24th major title slipping through her fingers. Serena is well rested to make a run in this tournament and a return to hard court should help her game. However, we’re not as sure which Serena we’re going to get match to match these days. Serena hasn’t lost an opening match of a tournament since San Jose last year. Serena has split her last six matches on hard court.

Mertens has played well enough these last couple of weeks to where she has a shot to compete in this match as long as she’s getting her first serve in play. The problem is Serena is well rested, hasn’t lost an opening match in over a year and was playing quality tennis before reaching the final of Wimbledon. A return to hard court should also help her serve and play to her power game.

I’ll side with Serena in straight sets.