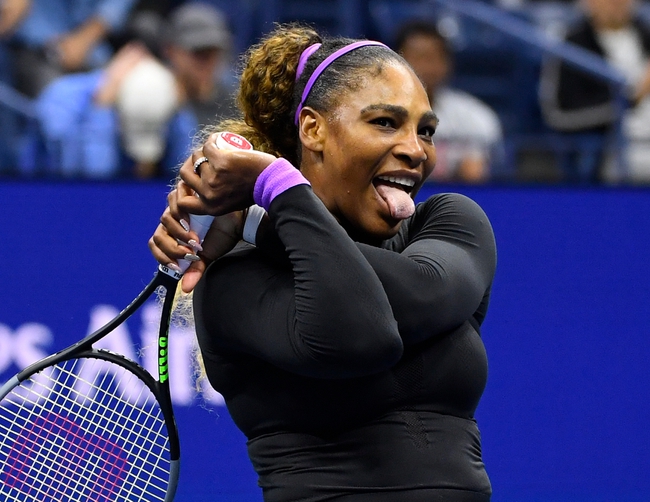 Serena Williams and Karolina Muchova meet in the third round of the 2019 tennis US Open..

Serena Williams is coming off a three sets win over Caty McNally that took 28 games to decide. In the victory, Serena won 81 percent of her first serve points and 61 percent of her second serve points. Serena won 74 percent of her total service points and converted on four of her 12 break points. Serena got 63 percent of hr first serves in play and hit 10 aces. Serena wasn’t nearly as sharp as we was in her opening match, but she found that second gear in the third set and has now won six straight matches that have gone the distance. Serena has lost before the fourth round of a grand slam just once since 2015. Serena hasn’t lost before the fourth round of the US Open since 1998, her first ever appearance. Serena has won six of her last seven matches on hard court.

Muchova is going to have issues in this match if she can’t do a better job with her second serve, and she’s also at a disadvantage with the rest. Serena was able to enjoy a day off, while Muchova has to play after just playing over two hours. It’s always tough to predict which Serena is going to show up, but the way she finished her last set should give her a great deal of confidence.

I’ll side with Serena in straight sets.