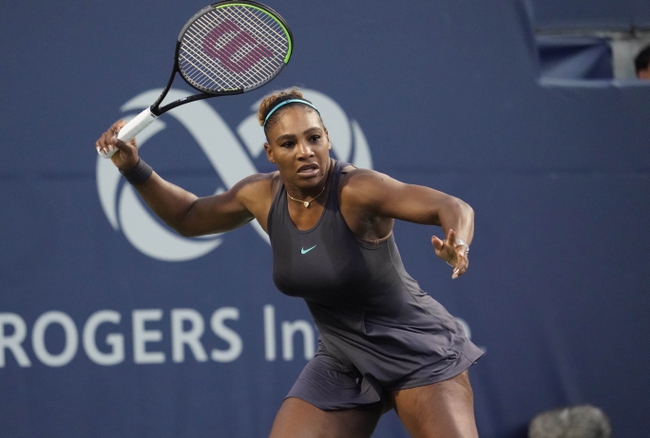 Czech tennis player, Marie Bouzkova has made it into the semifinals of the 2019 WTA Rogers Cup in Toronto, Bouzkova will now play against American tennis legend, Serena Williams.

Serena Williams finally got revenge by beating Naomi Osaka. It was a dominant performance by Serena as she comfortably won in straight sets. During the win, Serena Williams impressed with her serving as she hit 12 aces which allowed her to win 68% of her service points. Serena won all of her service games and 2 return games to defeat Osaka. It has been a very strong tournament for Serena Williams as she is yet to lose a set. With the US Open approaching, Serena will be desperate to get some big results to ensure she is well placed to win her elusive 24th Grand Slam.

On the other side of the coin, Marie Bouzkova has played extremely well to make it into the semifinals. Bouzkova played against Simona Halep in the previous round. The match only lasted 1 set which Bouzkova won. Simona Halep retired prior to the start of the second set. It has been a very impressive tournament for Marie Bouzkova as she has beaten the likes of Jelena Ostapenko and Sloane Stephens. Bouzkova is yet to lose a set and she should be confident as she takes of Serena.

This will be the first time that Serena Williams and Marie Bouzkova are playing each other in a WTA tournament.

Considering her form, Marie Bouzkova could easily cause a major upset. Bouzkova has looked dominant against elite players and she seems to be high on confidence following wins against the likes of Sloane Stephens. That being said, I am still going to pick Serena Williams to win this match. At her best, Serena is impossible to beat and following her win against Osaka, the American looks very dangerous. Serena has looked focused in this tournament and I see her being too strong for Marie Bouzkova in this match.