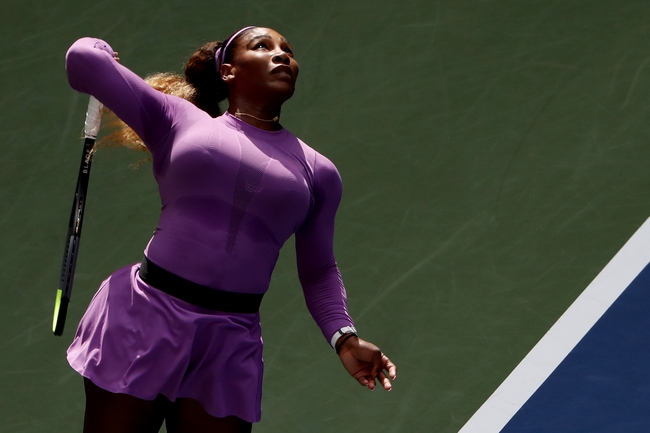 American tennis superstar, Serena Williams has made it into the quarterfinals of the 2019 WTA US Open. At this stage of the tournament, Serena is set to play against Wang Qiang from China.

Wang Qiang caused a major upset in the previous round as she defeated Ashleigh Barty in straight sets. It was a solid performance by Wang as she impressed with her defensive ability. Wang forced Barty to hit extra shots throughout the match and that resulted in the Australian making errors. The serving was also very impressive from Wang Qiang as she won 67% of her service points which allowed her to win all of her service games. Wang Qiang is a very consistent player but this match is expected to be a tough challenge as she is playing against elite opposition.

Looking at Serena Williams, the American was very impressive in the previous round as she defeated Petra Martic in straight sets. Serena controlled the entire match and won the contest as a result of her incredible power. During the win, Serena Williams won 90% of her service games and 3 return games. The US Open has always been a very strong tournament for Serena Williams and following her final loss last season, she seems very determined to win this tournament. Serena looks well prepared for this tournament and the consistency for her performances makes her a very tough opponent.

Wang Qiang and Serena Williams have played each other once in the past. The match was played earlier in the season at the Miami Masters where Wang Qiang won.

Wang Qiang promised to be a tough opponent for Serena but I don’t see the Chinese superstar having enough to win this match. Serena looks focused and she has been playing exceptional tennis all tournament. Serena Williams is the stronger player and I see her being good enough to win this match and secure a spot in the semifinals.