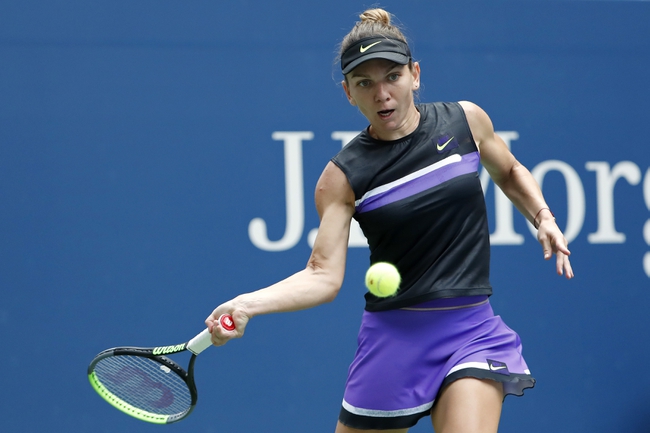 Romanian tennis superstar Simona Halep has reached the fourth round of the 2020 Australian Open in Melbourne. At this stage of the event, Simona Halep will compete against Elise Mertens from Belgium.

Simona Halep won her previous fixture in straight sets as she defeated Yulia Putintseva. During the win, Halep impressed with her receiving as she won 56% of her receiving points which allowed her to break her opponent’s serve on 5 occasions. The serving was also solid from Halep as she won 78% of her service games. It has been a very strong tournament for Simona Halep as she is yet to lose a set. Simona Halep is playing with great confidence and she seems to be covering the court extremely freely. Considering her recent form, Simona Halep will be very tough to beat.

Looking at her opponent, Elise Mertens also won her previous match in 3 sets as she defeated Cici Bellis from the United States. It was a strong win for Mertens as she won 92% of her service games and 7 return games. Mertens has been in tremendous touch at this tournament as she has only lost 12 games in the entire event. The Australian Open has been a strong tournament for Elise Mertens as she reached the semifinals of this event in 2018. This is expected to be a challenging match for Mertens but she should be confident in her ability considering her recent form.

Simona Halep and Elise Mertens have played each other 3 times in the past. Halep has won on 2 occasions while Mertens has won once. The most recent match between these two players was in 2019 at the Qatar Open where Elise Mertens won in 3 sets.

This should be an epic match since Mertens and Halep are both exceptional players. With that in mind, I am going to pick Elise Mertens to win this match. Mertens has been phenomenal at this tournament and she seems to be striking the ball at a different level. Elise Mertens should have the momentum having beaten Halep in 2019 and I see her using that to win this match also.