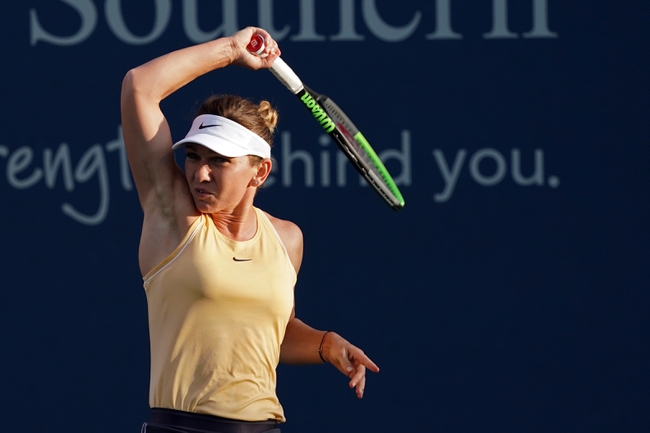 Simona Halep will be playing at the 2019 WTA US Open in New York. Halep will begin her tournament against Nicole Gibbs from the United States.

Nicole Gibbs qualified for the US Open via the qualifying event where she played solid tennis. Gibbs had to battle hard in all of her qualifying matches but she showed great determination and skill to win. In general, Nicole Gibbs has been in good form as she recently finished second at the ITF USA 20A event. Nicole Gibbs is rarely present at full WTA tournaments but she has played the US Open on 7 occasions with her greatest success being in 2014 when she made the third round. That being said, this is expected to be a very tough match for Nicole Gibbs as she is playing against the number 4 seed.

On the other side of the coin, Simona Halep has been in supreme form over the past few months. Simona Halep won Wimbledon where she showed her class by beating elite players like Serena Williams and Elina Svitolina. Following Wimbledon, Halep played at the Rogers Cup where she made it into the quarterfinals. Halep made the second round of the Cincinnati Masters.

2019 has been a good season for Simona Halep as she has regained her form and seems to be back to her best. Winning at Wimbledon will give Halep lots of confidence as she enters this tournament. Halep has a decent record at the US Open as she made the semifinals of this tournament in 2015.

Nicole Gibbs and Simona Halep have played each other once in the past. The match was in 2018 at the Shenzhen Open where Simona Halep won in straight sets.

Taking everything into consideration, I am going to pick Simona Halep to win this match. Halep is significantly more accomplished and the Romanian has been in outstanding touch. Halep is a genuine contender to win the entire tournament and I see her being too strong for Nicole Gibbs in this match. I see Halep winning in straight sets.