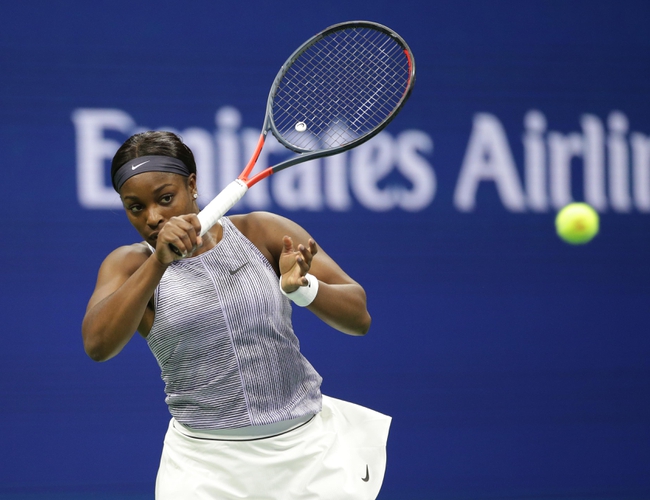 American tennis superstar, Sloane Stephens is set to play at the 2019 WTA Pan Pacific Open in Osaka, Japan. Stephens will begin her tournament in the second round where she will play against Camila Giorgi from Italy.

Camila Giorgi won her previous round fixture as she defeated Han Xinyun in straight sets. It was a comfortable win for Giorgi as she dominated the match with her strong receiving. Camila Giorgi won 54% of her receiving points which allowed her to break her opponent’s serve on 6 occasions. The serving was also solid from Giorgi as she 67% of her service games. It has been a strong few months for Camila Giorgi as she finished second at both the Citi Open and the New York Open. This is expected to be a challenging match as Giorgi is playing against the number 3 seed but the Italian will be confident considering her record.

Looking at Sloane Stephens, the American has struggled over the past few months and looks extremely low on confidence. Sloane was eliminated in the opening round of the US Open. In general, it was an extremely tough North American leg for Sloane Stephens as she only won 1 match in 4 tournaments. Sloane Stephens is an outstanding tennis player but her confidence looks shattered and that has been evident by her failure to challenge in matches. A change in fortunes will be desired for Sloane but that could be difficult in this match as she is playing against a solid player.

Sloane Stephens and Camila Giorgi have played each other 4 times in the past. As it currently stands, Sloane and Giorgi have both won 2 head-to-head fixtures. The most recent match between these two players was in 2018 at the French Open where Sloane won in 3 sets. The record is 2-1 in Giorgi’s favor when playing on hard court.