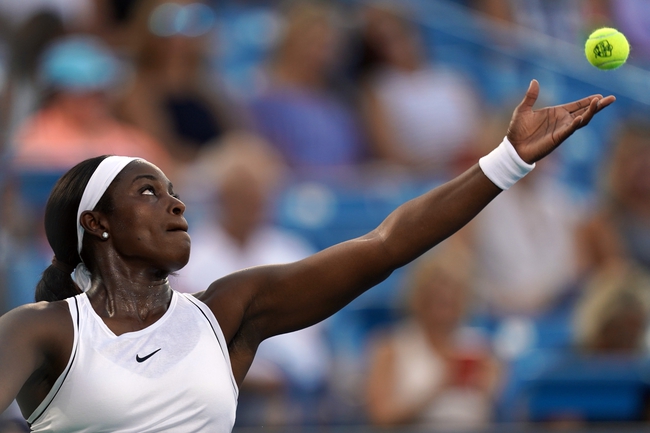 American tennis superstar, Sloane Stephens has made it into the second round of the 2019 WTA Wuhan Open in China. At this stage of the tournament, Sloane Stephens is set to play against Wang Yafan from China.

Sloane Stephens was very impressive in the previous round as she won her match in straight sets. During the victory, Sloane received serve exceptionally well as she won 45% of her receiving points which allowed her to break her opponent’s serve on 5 occasions. The serving had issues but Sloane managed to win over 70% of her service games which was enough to secure the victory. It had been a tough few months for Sloane Stephens but following her win in the opening round she will be hoping for a good run in this tournament.

On the other side of the coin, Wang Yafan defeated Lauren Davis in the previous round. Wang lost the opening set but fought back strongly to win the second set and lead in the third set when her opponent retired. During the victory, Wang Yafan won 44% of her receiving points which allowed her to break her opponent’s serve on 4 occasions. The serving was also solid as she won 83% of her service games. Despite that win, Wang is expected to be challenged in this match as she is playing against the number 10 seed.

Wang Yafan and Sloane Stephens have played each other once in the past. The match was played earlier in the season at Wimbledon where Sloane Stephens won in straight sets. It was a dominant win for Sloane as she only lost 2 games in the entire match.

Sloane Stephens looked to find some decent form in the previous round and I see the number 10 seed entering this match with some confidence. Sloane is the stronger player and with a win under her belt, I see her being too good for Wang Yafan in this match.