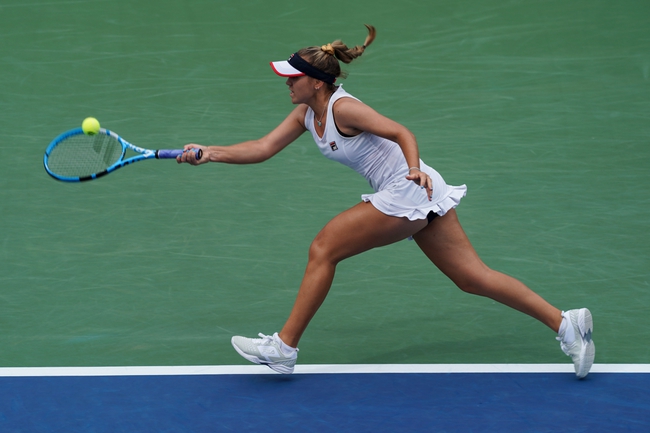 In the group stages of the 2019 WTA Elite Trophy in Zhuhai, Sofia Kenin is set to play against Alison Riske from the United States.

Alison Riske last played at the China Open where she was eliminated in the second round by Naomi Osaka. Despite that result, Riske will feel that she is in good form as she has had an outstanding Asian season. Alison Riske made the final of the Wuhan Open where she defeated the likes of Petra Kvitova and Elina Svitolina. Riske also defeated Angelique Kerber at the Zhengzhou Open. This is expected to be a tough opening round match for Riske but she will be optimistic since she has been in good form.

On the other side of the coin, Sofia Kenin’s last tournament was also the China Open where she lost in the third round to Elina Svitolina. It has been an outstanding season for Sofia Kenin as she has managed to establish herself as an elite player on the tour. In recent times, Sofia Kenin won the Guangzhou Open. Sofia Kenin made the semifinals of the Rogers Cup and Cincinnati Masters which shows that she has played well. Sofia Kenin is the second seed at this tournament and she will be hoping to make a big impact at this tournament.

This will be the first time that Sofia Kenin and Alison Riske will be playing each other at a WTA event.

Alison Riske will be hoping to cause an upset but I don’t see that happening in this match. Sofia Kenin has more attributes to her game and I see her having enough quality to start her tournament with a win. Both players are playing exceptional tennis so this match should last 3 sets but I see the result being in favor of Sofia Kenin.