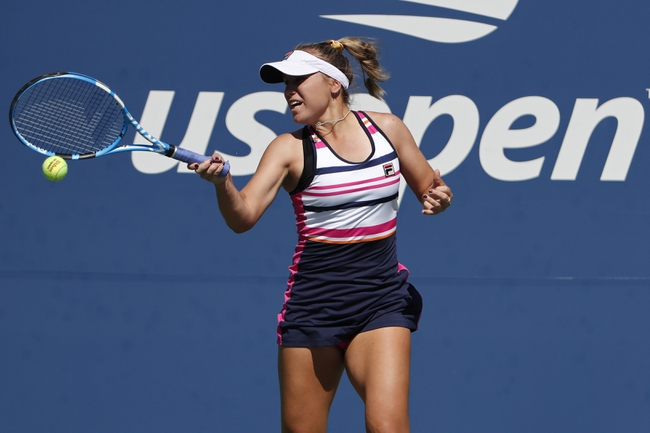 In the third round of the 2019 WTA China Open, Elina Svitolina is set to play against Sofia Kenin.

Elina Svitolina has continued her supreme form by winning her previous match in straight sets against Wang Yafan from China. It was a relatively close match with both sets being decided with tiebreakers. During the win, Svitolina impressed with her receiving as she won close to 50% of her receiving points which allowed her to break her opponent’s serve on 4 occasions. It has been a very strong few months for Elina Svitolina as she made the semifinals of both Wimbledon and the US Open. Svitolina seems to be playing with great confidence and that makes her very tough to beat.

On the other side of the coin, Sofia Kenin won her previous fixture in straight sets. It has been a very strong tournament for Kenin as she defeated Garbine Muguruza in the opening round before comfortably winning her previous match. During her previous match, Sofia Kenin won 75% of her service games and 6 return games. The receiving was especially strong as she won 53% of her return points. Kenin had a very strong North American season with semifinal appearances at Cincinnati and the Rogers Cup. Kennin continued her great form as she won the Guangzhou Open a few weeks back. Considering her recent form, Sofia Kenin will be confident in her ability to win this match.
Sofia Kenin and Elina Svitolina have played each other 3 times in the past. Kenin has won on 2 occasions while Svitolina has won once. The most recent match was earlier in the season at the Cincinnati Masters where Sofia Kenin won in straight sets.

This is expected to be a very close match since Svitolina and Kenin are both playing exceptional tennis. I am going to pick Sofia Kenin to win this match since she seems to have an edge over Elina Svitolina. Kenin defeated Svitolina at both the Rogers Cup and Cincinnati Masters and she seems to find ways to eliminate the number 3 seed. I see the momentum being with Sofia Kenin which should be enough for her to win this match.