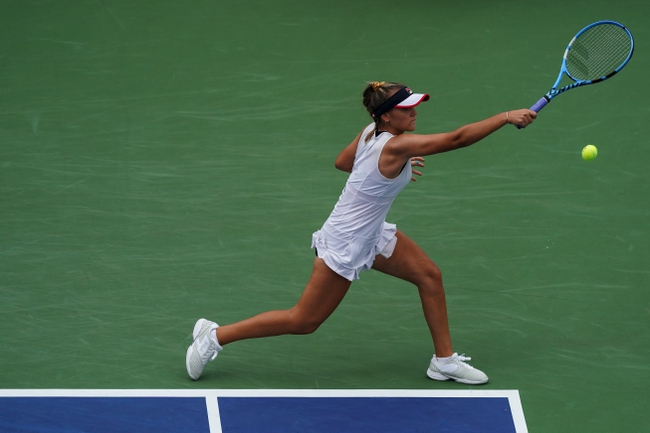 American tennis superstar, Sofia Kenin has made it into the third round of the 2019 Zhengzhou Open. At this stage of the tournament, Sofia Kenin is set to play against Jasmine Paolini from Italy.

It has been a very strong few months for Sofia Kenin as she enters this tournament following semifinal appearances at the Cincinnati Masters and Candian Open. Sofia Kenin is playing with great confidence and that should make her tough to beat.

On the other side of the coin, Jasmine Paolini won her previous set in 3 sets as she defeated the number 6 seed, Zheng Saisai. It was a close match but Paolini eventually won the final set 7-5 to secure the victory. During the win, Jasmine Paolini impressed with her receiving as she won 47% of her return points which allowed her to break her opponent’s serve on 6 occasions. While the receiving was strong, Jasmine Paolini lost 6 service games which will be a big cause for concern.

Jasmine Paolini and Sofia Kenin have played each other once in the past. The match was played earlier in the season at the Rome Masters where Kenin won in straight sets.

Despite her win in the previous round, Jasmine Paolini is still expected to struggle in this match as she is a significantly weaker player than Kenin. Sofia Kenin has looked in supreme form and having defeated Jasmine Paolini earlier in the season, I see the American having all the momentum. I am picking Sofia Kenin to win in straight sets.