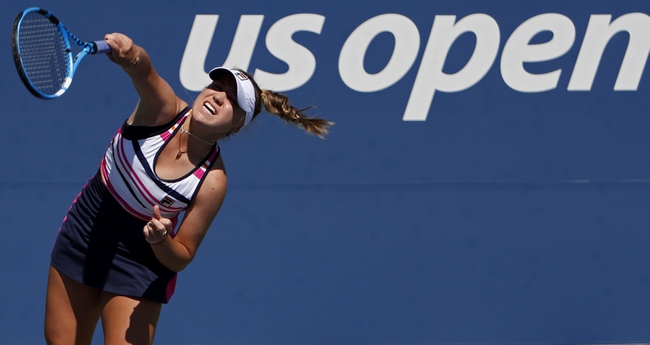 American tennis player, Sofia Kenin has made it into the second round of the 2019 WTA Guangzhou Open. At this stage of the tournament, Kenin will play against Katarina Zavatska from Ukraine.

Looking at the Sofia Kenin, the American won her previous match with some ease as she defeated Laura Siegemund in straight sets. The receiving was very strong from Kenin as she won 48% of her return points which resulted in her winning 4 break points. In addition to that, Kenin also served well as she won 89% of her service games. It has been a strong few months for Sofia Kenin as she enters this tournament following a very strong North American leg. Sofia Kenin made the semifinals of both the Rogers Cup and the Cincinnati Masters. With form on her side, Sofia Kenin will be tough to stop in this tournament.

This will be the first time that Sofia Kenin and Katarina Zavatska will be playing each other at a WTA event.

Taking all the information into consideration, I am going to pick Sofia Kenin to win this match. Despite her win in the previous round, Katarina Zavatska is still an inexperienced player and she is expected to struggle against Kenin who has established herself as a top player. Sofia Kenin looks in outstanding touch and I see her being too good for Katarina Zavatska in this match.