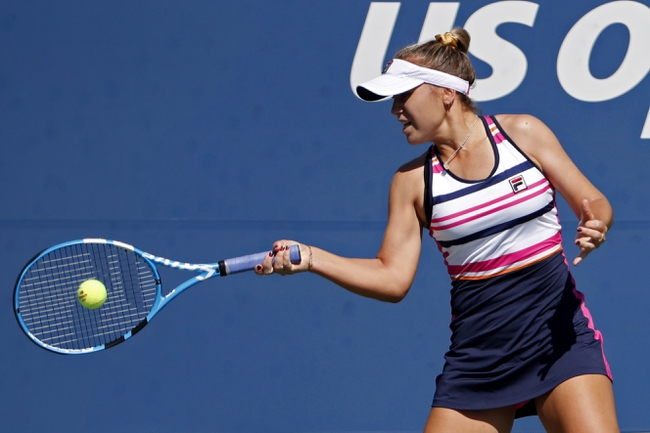 In the quarterfinals of the 2020 WTA Australian Open, Ons Jabeur is set to play against Sofia Kenin from the United States.

Sofia Kenin was very impressive in the previous round as she defeated Coco Gauff in 3 sets. It was a close start to the match but Kenin showed her class in the final set which she won 6-0. Sofia Kenin lost the opening set but she showed exceptional determination to fight back and win the final 2 sets and the match. During the victory, Sofia Kenin impressed with her receiving as she won 44% of her receiving points which allowed her to break her opponent’s serve on 5 occasions. It has been a very strong tournament for Sofia Kenin and she will be hoping to make a major impact at this event.

On the other side of the coin, Ons Jabeur defeated Wang Qiang in straight sets in the previous round. During the win, Jabeur won 80% of her service games and 4 return games. The receiving was especially strong as Ons Jabeur won over 40% of her return points. It has been a very impressive campaign for Ons Jabeur as she has already defeated the likes of Johanna Konta and Caroline Wozniacki. Ons Jabeur has been in good form and she should be confident as she enters this match.

Ons Jabeur and Sofia Kenin have played each other 3 times in the past with Kenin winning on all 3 occasions. The most recent match between these two players was in 2019 at the Mallorca Open where Sofia Kenin won following a retirement for Ons Jabeur during the second set.

Taking everything into consideration, I am going to pick Sofia Kenin to win this match. Both Kenin and Jabeur have been very impressive at this tournament but I see Kenin having an advantage since she has a very good head-to-head record. Sofia Kenin has already beaten Ons Jabeur 3 times and I see the American continuing her winning ways.