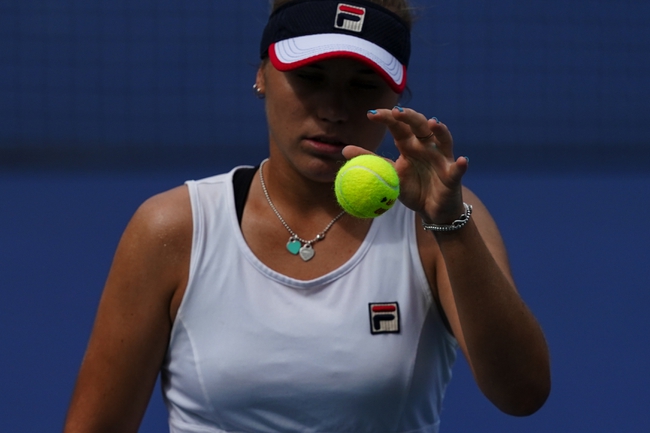 Australian tennis player, Sofia Kenin has made it into the final of the 2019 Guangzhou Open in China. Kenin will compete against Samantha Stosur of the title.

Samantha Stosur won her previous match in 3 sets. It was a determined effort by Stosur as she lost the opening set but fought back extremely well to win the final 2 sets and the match. During the victory, Stosur impressed with her receiving as she won 48% of her return points which allowed her to break her opponent’s serve on 5 occasions. While the receiving was strong, Stosur lost 4 service games which will be an area for concern. Samantha Stosur has had a solid tournament but she has not faced any seeded players meaning that this is likely to be her toughest challenge as Sofia Kenin in the number 3 seed.

On the other side of the coin, Sofia Kenin also won her previous match in 3 sets. Kenin looked comfortable for the majority of the match as she won the first and third sets. Kenin won 51% of his receiving point during the victory which was crucial as it allowed her to win 6 return games. Sofia Kenin has been in outstanding form as she made the semifinals of both the Cincinnati Masters and Rogers Cup. During the North American leg, Kenin defeated elite players like Naomi Osaka, Ashleigh Barty, and Elina Svitolina. Considering her recent form, Sofia Kenin will be tough to beat.

Sofia Kenin and Samantha Stosur have played each other twice in the past. Stosur won on both occasions. The most recent match was earlier in the season at the Eastbourne International where Stosur won in straight sets.

Despite the head-to-head record, I am going to pick Sofia Kenin to win this match. Kenin has been in elite form over the past few months and she looks to be playing with great confidence. At this moment in time, Sofia Kenin is the stronger player and I see her being too good for Samantha Stosur.