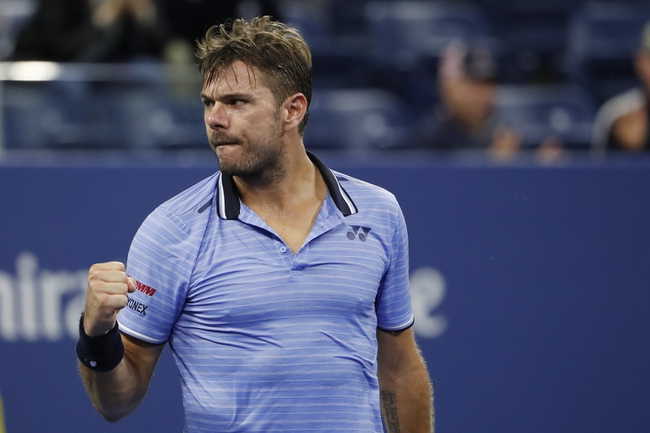 Stan Wawrinka has made it through to the second round of the 2019 US Open. At this stage of the tournament, Wawrinka will play against Jeremy Chardy from France.

Stan Wawrinka defeated Yannik Sinner in 4 sets in the previous round. It was a good performance by Wawrinka as he dominated the majority of the match. During the victory, Stan Wawrinka impressed with his receiving as he won close to 40% of his receiving points which allowed him to break his opponent’s serve on 5 occasions. While the receiving was impressive, Wawrinka lacked consistency with his serve. Stan Wawrinka hit 15 aces and looked dominant at times but made unforced errors to lose 4 service games. It has been a tough few months for Stan Wawrinka as he has not made the quarterfinals of a tournament since the French Open.

Looking at his opponent, Jeremy Chardy had to battle for 5 sets to win his previous match. It was an extremely close match where Chardy showed his class to win the pressure points. The serving was impressive from Jeremy Chardy as he hit 15 aces which aided him to win 65% of his service points. Jeremy Chardy won 88% of his service games and 6 return games to secure the victory. This is expected to be a much tougher match since Chardy is playing an elite opponent.

Jeremy Chardy and Stan Wawrinka have played each other 5 times in the past. Wawrinka has won on all 5 occasions. The most recent match between these two players was in 2016 at the French Open where Wawrinka won in straight sets.

Taking everything into consideration, I am going to pick Stan Wawrinka to win this match. Wawrinka is a significantly stronger player and he seems to have an edge over Chardy. Wawrinka looked good during his previous match and I see him winning this contest and making it through to the third round of the tournament.