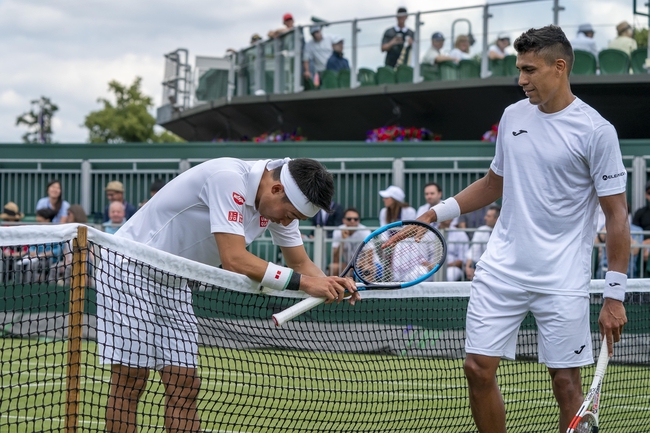 Thiago Monteiro came through a hard-fought match against Guido Pella in the first-round, beating the Argentinian in 3 sets. Monteiro is in incredible form, since his strong performance against John Isner at the Australian Open, Monteiro has just continuously improved. Monteiro is extremely powerful, and on clay, he is able to add speed to his movement around the court. Monteiro knows how to play, and he loves to play at home in Brazil. Monteiro will want to go far in his home tournament, but will he be able to overcome a confident Attila Balazs?

Attila Balazs shockingly beat Pablo Cuevas in straight sets in his first-round encounter. Balazs was in control throughout the entire match, he was able to maintain a strong serve, whilst also moving Cuevas around the court and taking time away from him. Balazs has a lot of experience on the tour, but mostly in smaller tournaments and in challenger level tournaments. Balazs will need to find an even higher level if he wants to make it to the quarterfinals here in Rio.

This will be the first meeting between both players, and unless Balazs finds new levels in his game, this is going to be a victory for Thiago Monteiro. Monteiro has been in great shape in the last few weeks and he is now playing at home. Therefore, Monteiro will be extremely motivated to go far in his home tournament.