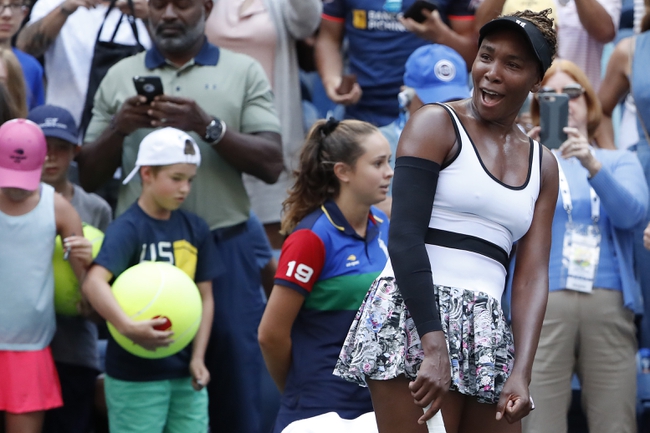 At the 2019 WTA China Open, Belinda Bencic is set to play against Venus Williams.

Belinda Bencic is the number 9 seed and she started her tournament very strongly as she won her match in straight sets. During the win, Bencic impressed with her receiving as she managed to win 60% of her receiving points which resulted in her winning 70% of her return games. The serving was inconsistent but Bencic managed to win 60% of her service games which was enough to secure victory. It has been a very strong few months for Belinda Bencic as she made the semifinals of the US Open. At the US Open, Bencic defeated the likes of Naomi Osaka and Donna Vekic. Following her US Open campaign, Bencic is playing with great confidence which makes her very tough to beat.

Venus Williams and Belinda Bencic have played each other 5 times in the past. Venus has won on 4 occasions while Bencic has won only once. The most recent match between these two players was in 2018 at the Australian Open where Belinda Bencic won in straight sets. Venus last defeated Bencic in 2015.

Despite the head-to-head record, I am going to pick Belinda Bencic to win this match. Bencic has been in much better form and in 2019, she is the stronger player. Belinda Bencic has looked very strong since the US Open and I see her being good enough to defeat Venus Williams.