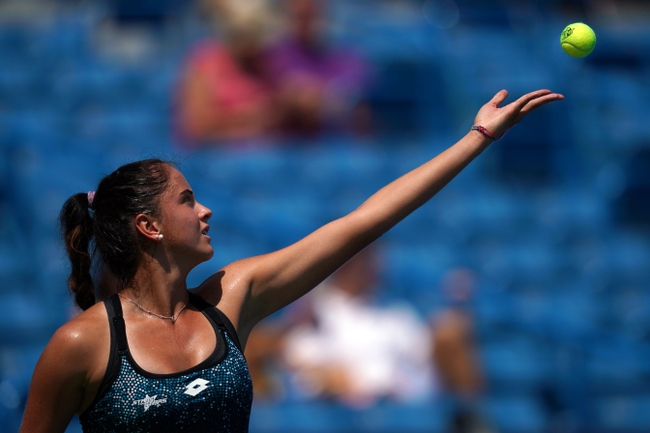 In the quarterfinals of the 2019 WTA Tashkent Open, Viktória Kužmová is set to play against Kristyna Pliskova from the Czech Republic.

Viktória Kužmová enters this match having won her previous outing in 3 sets. It was a close match for Kužmová as she lost the opening set but showed great determination to win the final 2 sets and the match. During the victory, Viktória Kužmová impressed with her receiving as she managed to win 41% of her receiving points which allowed her to break her opponent’s serve on 5 occasions. Viktória Kužmová is the top seed at this tournament and she has looked very dominant throughout the event. This is expected to be a tricky match for Viktória Kužmová but she should be confident considering the recent form that she has shown.

This will be the first time that these two players will be playing each other at a WTA tournament. That being said, Kristyna Pliskova and Viktória Kužmová have played together in doubles tennis so they should know each other well.

Taking everything into consideration, I am going to pick Viktória Kužmová to win this match. Kužmová has been playing well and she is the higher-ranked player. Viktória Kužmová looked very impressive during her previous 2 matches and I see her being too strong for Kristyna Pliskova in this match.