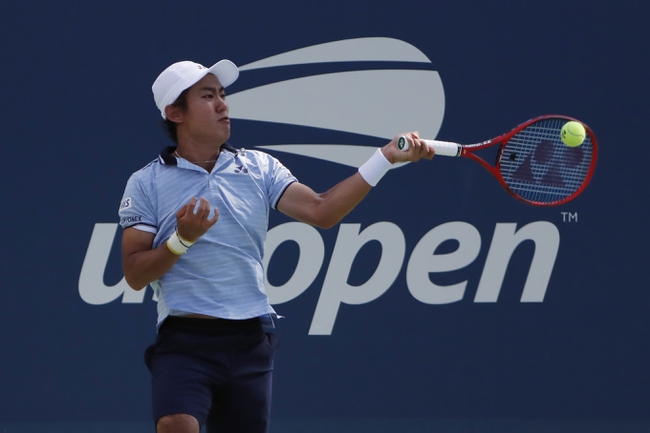 Yoshihito Nishioka meets Noah Rubin in the second-round of the 2020 Delray Beach Open. Who will make it to the quarterfinals?

Noah Rubin came through qualifying in this tournament, and was able to beat an in form Jason Jung in straight sets to book his spot in the second-round. Rubin is not a very well known player, except for his fame from his interviews on how little challenger level players make, as he is a very inconsistent player. Rubin mainly plays on the challenger level and does not really have the necessary game to compete on the big stages of the ATP Tour. Rubin, however, seems to have found some confidence here in Delray Beach, and he was able to beat Jason Jung who looked unstoppable last week in New York. Will Rubin be able to maintain this level as he now meets Yoshihito Nishioka in the second-round?

Yoshihito Nishioka came through a hard-fought match in the first-round, eventually beating John Millman in 3 sets. Nishioka did not have the 2019 season which he had set out for. Nishioka had injury and confidence issues, however, in 2020 this seems to have changed. Nishioka is an incredible talent, he is insanely quick around the court, and he always makes you play one more point. Nishioka always gives it his all on the court and this is what makes him a very dangerous player. Nishioka will want to go far here in Delray Beach, and he might be able to do so.

This will be the first meeting between both players, and Noah Rubin does not stand a chance here. Rubin is not an ATP Tour player, he is a challenger tour player. Rubin does not have the necessary game to even win a set off of Nishioka. Expect Nishioka to come out and dominate.