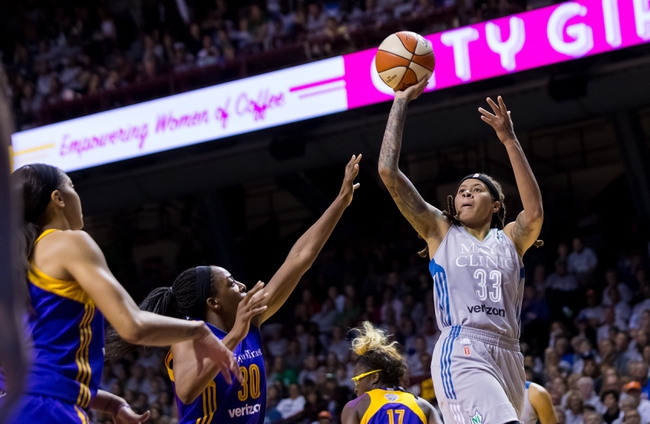 The Seattle Storm and Los Angeles Sparks meet Thursday in WNBA action at the Staples Center.

The home team has won eight of the last 10 meetings, and that includes a eight-point win for the Sparks about a month ago as 4.5-point favorites. The Los Angeles Sparks have won 12 straight at home and are winning those games this season by an average of 8.3 points while allowing just 39 percent shooting. The Seattle Storm have had issues these last couple of weeks and play their worst on the road. I have to eat the reasonable chalk with the Sparks, who have been a machine at home lately.