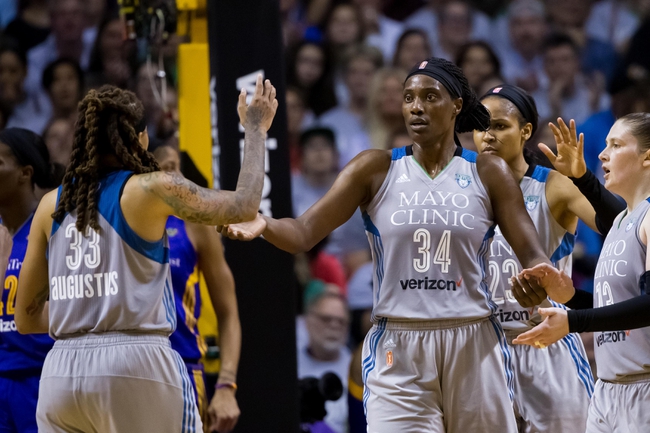 The Las Vegas Aces and Minnesota Lynx meet Sunday in WNBA action at the Target Field.

The Minnesota Lynx have been pretty good at home and are more than capable of stealing wins against good teams. However, the Las Vegas Aces are as healthy as they've been in a long time and are starting to show their full potential, which includes 44.4 percent shooting and winning their last five games by an average of 5.6 points. We're getting to that home stretch of the schedule. If the Aces are who they think they are, they win this game on the road and cover the small number.