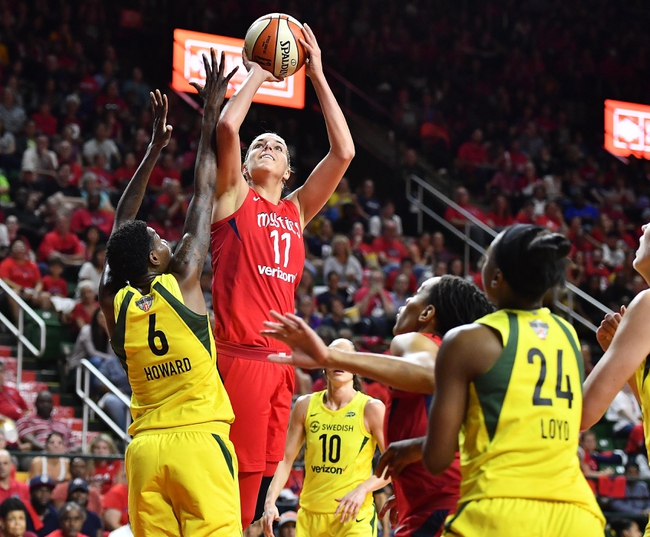 The Los Angeles Sparks and Washington Mystics meet Tuesday in WNBA action at the Entertainment and Sports Arena.

These are two of the hotter teams in the league right now so points could sweeten the deal here. However, the Washington Mystics are a different type of hot, which includes winning their last five games by an average of 19.4 points, and they're winning at home by an average of 17.4 points. It's just been beatdown after beatdown for the Mystics, and the covers are coming easy lately. I have to ride the hot hand, even if the Sparks look good in their own right.