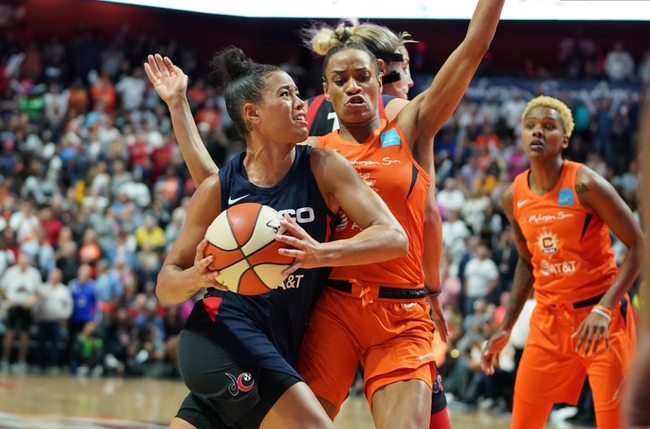 The Mystics and the Sun are coming together in the final game of the series to determine who goes ahead in the finals. However, the Sun had to really pull together to get the win on the year and that was definitely a challenge and pushed the team to the limit. Now, the team has to head back to Washington after winning by only 4 points in the last game out for the victory.

In Washington the Sun and the Mystics have really split the series. The Sun have ended up losing one of those games by 12 points. In the opening game for the Sun in the series, they were able to really take care of the Mystics rather easily as they won the game by 9 points and would like to repeat that game.

Jonquel Jones was the leading scorer for the Sun this year with 14.6 points a game on 44.8% shooting from the field. Jasmine Thomas has ended up getting a total of 5.1 assist a game on the season. When it comes to cleaning up the glass Jones has been able to pull down 9.7 boards a game, but 3.3 of those have come on the offensive glass. Alyssa Thomas has managed to get 1.9 steals a game.

For the Mystics they have been able to rely on Elena Delle Donne to do the scoring on the year with 19.5 points a game with 51.5% shooting on the field. Natasha Clout has been able to put in 5.6 assist a game. Donne has managed to clean up the glass to the tune of 8.3 boards a game, but has ended up getting a total of only 1.5 offensive boards a game. Ariel Atkins has managed to get only 1.5 assist a game.

Coming into this game the teams are very evenly matched and that makes this a very difficult game to call. The Mystics, though, have a a better scorer heading into the game, but Jones is able to clean up the glass better and definitely provides a better chance for second chance shots. Look for Jones to get some of those shots to fall, but not enough to really make a difference in the game here as the Mystics are able to lock down the title. Final Score Prediction, Washington Mytics win, but fail to cover, 84-79.