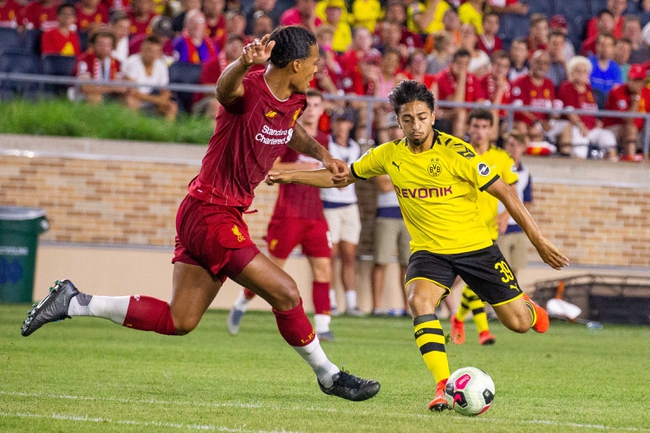 Liverpool F.C. and West Ham United F.C.face off on Monday in a Premier League showdown at the historic Anfield stadium. Kick-off is scheduled for 3:00 PM Eastern time.

West Ham United currently sits in the relegation zone, and if the season ended today, next year they wouldn’t be in the Premier League. West Ham currently sits with 24 points, but with a win in this game, they could move into safety.

West Ham has really struggled coming into this game but they have played a tough schedule. In West Ham’s last game on Wednesday they gave up two goals to Manchester City and that led to a loss. Against Man City, West Ham only had 22 percent of the possession, and they could be looking at a similar game in this one.

West Ham’s offense hasn’t been terrible all the time, and a few games ago against Brighton, they scored three goals, but the defense let them down giving up three of their own.

Liverpool all but has the Premier League title racked up, and they currently sit 19 points clear of Manchester City who sit in second place. Liverpool has had 25 wins and one draw this season in league play, but they are coming off a loss. Against Atletico Madrid in a Champions League game, Liverpool allowed a goal in the 4th minute, and the offense couldn’t find any success the rest of the game.

This is an offense for Liverpool that can usually score in bunches, but over the last three games they have scored only two goals total.

Against Norwich City, it was Sadio Mane who put the ball in the back of the net for Liverpool.

Liverpool knocked off West Ham 2-0 near the end of January.

West Ham will probably play for a draw in this game, which means they will really focus on defense. West Ham gave up only two goals against Manchester City in their last game and they won’t give up more than that in this game. Look for West Ham to not score any goals and that will lead to the under cashing.